In a movie career that spanned more than five decades, director Claude Chabrol averaged more than a film a year. Unsurprisingly then, newcomers to his work can find the sheer scope of it daunting: as well as the bourgeois thrillers that originally made the director’s name, there are costume dramas, comedies, and even a couple of Bond-esque spy capers. Arrow’s recent release of two volumes collecting some of his later films (Lies & Deceit and Twisting the Knife) provide an excellent gateway to the slyly perverse world of Chabrol, but we thought we’d provide a quick sampler to some particular highlights from throughout the director’s long career, ranging from acknowledged classics to some slightly deeper cuts.

Chabrol once pronounced himself to be less interested in the act of murder than in “the human behaviour of people involved in murder”[1]. Accordingly, in Le Boucher, he gives us an adroit account of the affectionate but increasingly uneasy relationship between a rural butcher and the small town schoolteacher he falls in love with. The teacher (Stéphane Audran, the first of Chabrol’s two great actress muses) gradually comes to suspect that the butcher is in fact the serial killer plaguing the local community.

But the director’s focus is never on the business of the killings themselves; he is far more concerned with their psychological effect on the couple. Is the butcher a monster or a victim? Can a brutal murderer be a kinder, more generous human being than someone who would never dream of taking a life? Le Boucher delights in blurring the traditional lines between good and evil, all the way up to a cryptic final kiss that will leave you pondering Chabrol’s true motives long after the final credits roll.

On the face of it, Nada is a somewhat uncharacteristic Chabrol work, which doubtless accounts for its relatively low profile in his oeuvre. Famous for his clinically precise dissections of bourgeois criminality and murder, Nada is something else entirely: a violent procedural, detailing the plot by a group of anarchist terrorists to kidnap an American ambassador, and the subsequent attempts by the authorities to bring the group to justice. In its metronomic cross-cutting between cops and terrorists, it rather resembles Fred Zinnemann’s film adaptation of The Day of the Jackal, released the previous year.

But unlike Jackal, which is a masterly but not especially politically-inclined thriller, Nada has a larger ideological point to make. Irrespective of their politics, everyone in Chabrol’s film is ultimately crushed by the cynical manoeuvrings of the state: both the leftist terrorists and the thuggish right-wing cop pursuing them. In the words of one of the characters, “The state prefers its own destruction, and the death of all, to the revolution.” Chabrol’s sneaking sympathy for the revolutionary cause – however doomed it might prove to be – is as evident here as it would be in his late career masterpiece La Cérémonie (see below).

One of Chabrol’s greatest films, Violette Nozière is based on a notorious real-life murder case. In 1933, teenager Violette Nozière poisoned both her parents, succeeding in killing her father but not her mother. After her arrest, she claimed that her father had abused her, and although the facts of the matter were never properly established, her death sentence was eventually commuted. Chabrol himself claimed not to believe the girl’s story, although he was to comment that “I fell in love with Violette long before I ever understood her.”[2] Whatever his own feelings on the matter, the director characteristically allows us to make up our own minds as to the real truth of the situation between Violette and her father, and certain scenes between the pair carry an undeniably queasy undertow.

Violette Nozière also marks the first collaboration between Chabrol and the second of his actress muses: Isabelle Huppert, who plays the teen murderess. (In a symbolic passing of the baton, Stéphane Audran was cast as her mother.) Huppert’s gift for chilly impassivity would result in Chabrol casting her as a veritable rogue’s gallery of unknowable sociopaths over the next three decades, but in many respects, Violètte remains the most eerily enigmatic of them all. 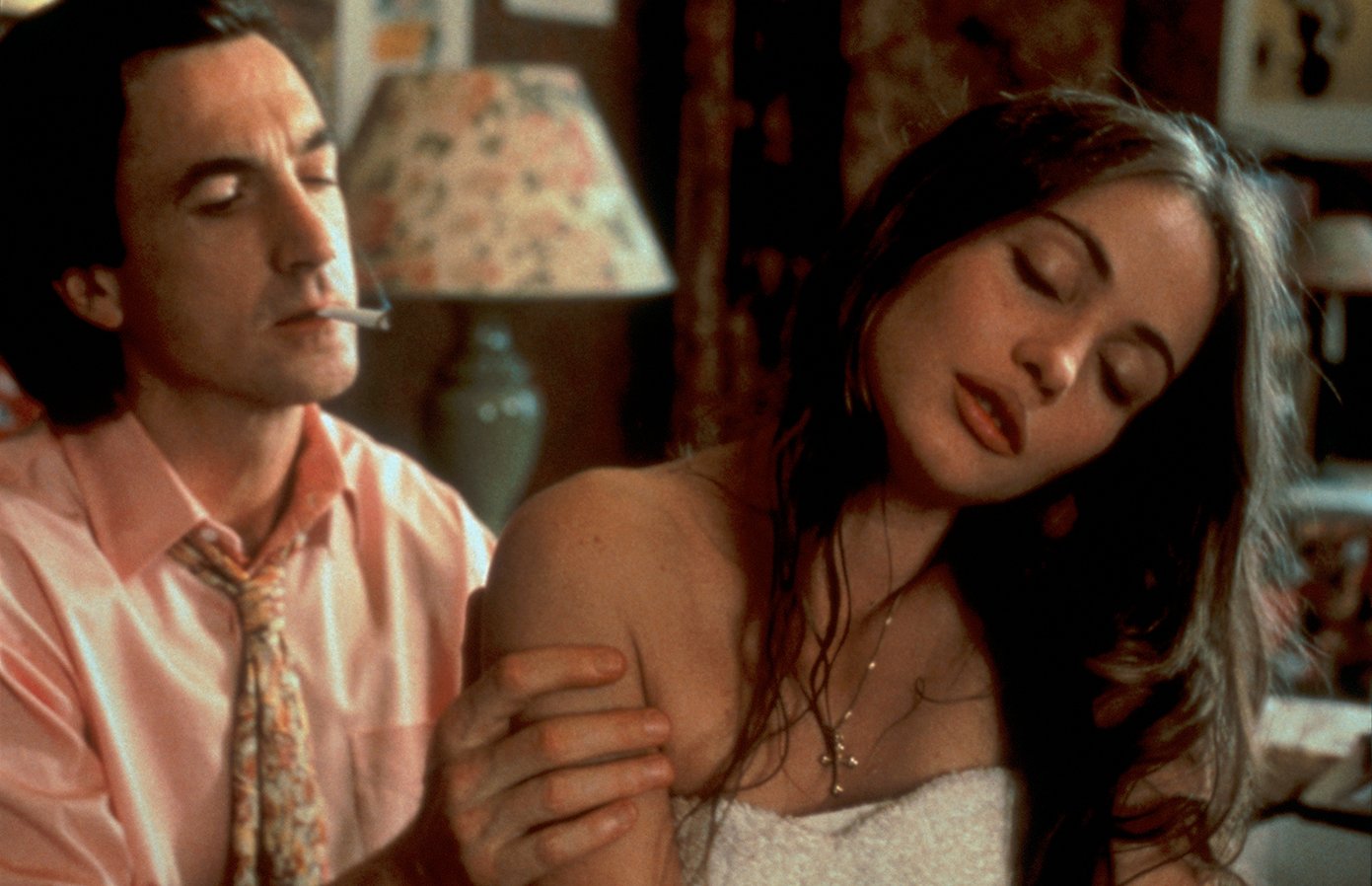 While Chabrol would often choose to adapt existing novels into films, L’Enfer represents something quite different in his career: an adaptation of another director’s unproduced screenplay. Henri-Georges Clouzot is famous for such unsparing portraits of obsessive greed and corruption as Les Diaboliques and The Wages of Fear, but when gifted with an almost unlimited budget by Columbia Pictures in 1964 to make L’Enfer, Clouzot was rapidly undone by his own obsessions. Beset by production problems and his own perfectionism, Clouzot suffered a heart attack after only three weeks of shooting and the film was cancelled.

Thirty years later, Chabrol took up the challenge and shot his own version of Clouzot’s screenplay. Although both directors share a certain degree of Gallic cynicism, Chabrol’s habitually cool remove is a far cry from the feverish intensity of Clouzot, and so L’Enfer represents a beguiling detour from his normal approach. Because, while Chabrol is undoubtedly a master of narrative ambiguity, most often it’s the sort of ambiguity of motive we find in Violette Nozière. But L’Enfer, a story of psychopathic jealousy, is something quite different.

When protagonist Paul begins to torment his beautiful wife Nelly, we may understand why he is doing it – because he believes her to be unfaithful – but what we grow increasingly unsure of is whether his paranoia has any basis in reality whatsoever. Generally, Chabrol keeps the audience at a objective distance from his characters and allows us to make up our own minds about them; in L’Enfer he thrusts us deep into Paul’s tortured psyche, allowing us no respite from his madness. The result is entirely unsettling, and represents a fascinating quasi-collaboration between two of France’s greatest ever directors.

Another exercise in murderous class warfare, Chabrol’s version of Ruth Rendell’s novel A Judgement in Stone is both a masterclass in how to adapt another author’s work and entirely of a piece with the other films that form the core of the director’s auteurist obsessions. Chabrol always insisted that the abiding message of his work was “Don’t judge!”, and nowhere is that better illustrated than in La Cérémonie. A wealthy bourgeois family hire a withdrawn working class girl (Sandrine Bonnaire) as their new maid, not realising that she is illiterate. Bonnaire’s increasingly desperate attempts to hide her secret begin to take a much darker turn when she falls under the sway of the local postmistress (Isabelle Huppert again, essaying yet another of her Chabrolian sociopaths).

What the director achieves so deftly here is to maintain a careful balance between the viewer sympathising with Bonnaire’s plight, while also dreading what the girl’s growing resentment of her employers might lead her to do. The family may be smugly complacent and often patronising towards their maid, but Chabrol is careful not to take the easy route of painting them as outright monsters – thereby ensuring that the film’s conclusion is both tragic and grimly inevitable. 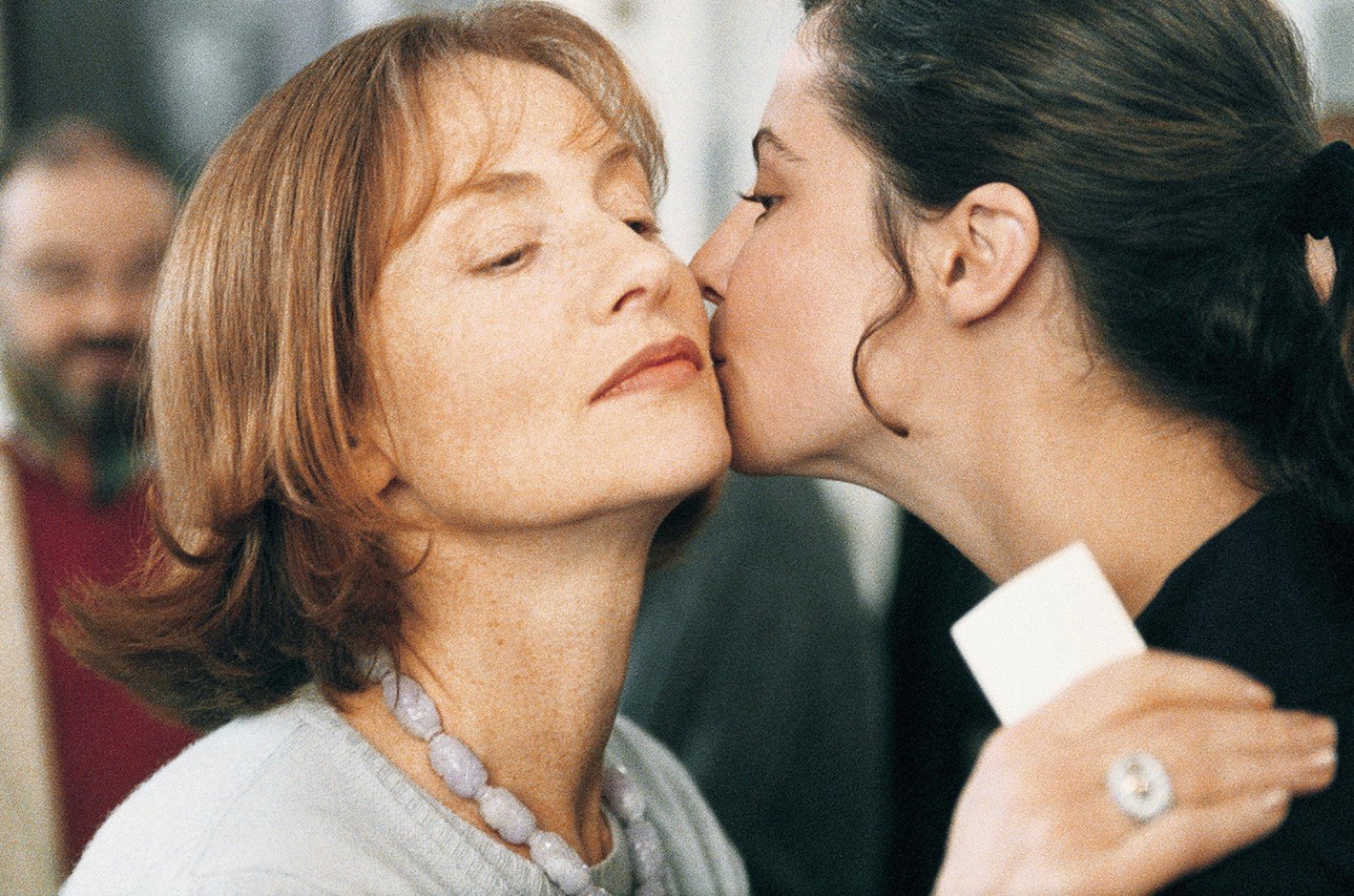 The droll assurance and brisk professionalism which mark the run of films Chabrol directed during the last ten years of his career have often led them to be underrated by many critics, certainly in comparison to his early classics. Although the director dabbled in many different modes and genres throughout the course of his career, as an older man he returned to making the sorts of bourgeois thrillers that first made his name. Several of these films are contained in Arrow’s Twisting the Knife boxset, but if we are to choose a single title, let it be Merci pour le Chocolat, a playfully twisted dissection of the murky secrets concealed by even the happiest of families, and the deadly lengths some might go to in a bid to preserve that happiness.

Witty and stylish, the film contains yet another beautifully modulated Isabelle Huppert performance, and serves as a darkly delicious treat to round off this menu of Chabrol must-sees. At one point in Merci pour le Chocolat, Huppert blankly comments that “I have a knack for doing wrong”: well, let no one doubt that the same definitely goes for Claude Chabrol.

Sean Hogan is a UK writer and filmmaker. He has written two award-nominated books of cinema metafiction, England's Screaming and Three Mothers, One Father, and his feature credits include the films Future Shock! The Story of 2000AD, The Borderlands, and The Devil's Business.