Sure to be an indie cult classic, Threshold (available on Blu-ray) is a spellbinding mix of road movie and modern folk horror. After years of drug abuse, Virginia has alienated herself from the rest of the family until a phone call out of the blue reunites her with her brother Leo. Trying to convince her sceptical brother that she is now clean and her suspicious behaviour is actually the result of a bizarre ritual by a mysterious cult that has bound her actions to a man she has never met before, the two embark on a road trip to find this stranger. But there’s a caveat – if it all turns out to be a fantasy, Virginia will have to go to rehab.

Entirely shot on iPhones with a skeleton crew, Threshold is truly a feat in film-making and we caught up with directors Patrick R. Young and Powell Robinson to get the inside scoop on the unique making of their film.

How did you both meet and decide to work together?

Patrick R. Young: We were dorm neighbors freshman year of college. So it didn’t take long for us to realize our tastes aligned almost perfectly. We started out making shorts. Liked it. Decided to keep it going.

Powell Robinson: We would skip classes to watch horror films together. Patrick actually had to retake one of our theory classes cause we missed a lab when we caught a preview screening of the 2013 Evil Dead on campus.

Can you tell us more about the idea behind the film and what inspired you to explore the sibling relationship in the context of a horror road movie?

PRY: Obviously this is a very personal story for us, but it started as an idea for a short story back in my high school days. I never wrote that story, but I kept the idea around. Powell and I have been attracted to a road trip for awhile and knew we could take advantage of a wide range of locations, so when looking at the structure of a road film, going from one destination to another, we knew we wanted a story revolving two people coming together. Here it’s a brother and sister who are far apart from each other emotionally and come together very, very slowly. I’m the brother of multiple sisters and knew there’d be a lot to draw from that experience.

PR: On top of Patrick’s family experience growing up, I happened to be in a band that evaporated very similarly to Leo’s. Leading me to, also similarly, having to divert my attention in a totally different direction for work. However, I ended up in film, much happier than where Leo found himself.

Threshold was entirely filmed using an everyday Apple phone. Why did you use this technology rather than more traditional equipment?

PRY: At first it started as convenience. Shooting on the road, it’s difficult to fit multiple larger cameras in a small car. And we HAD to run two cameras almost the whole time. I’m not a professional DP, so I wouldn’t know how to operate anything more complicated than an iPhone in any good looking sort of way. But it eventually became clear the iPhones worked for multiple reasons.

PR: It also allowed us to get far more intimate and shoot in a more documentary style that enhanced the performances and story. It feels very tactile, like you’re along for the ride with them, and without having to wait for large setups, and tons of crew, we could shoot immediately when inspiration struck, anywhere on the road. 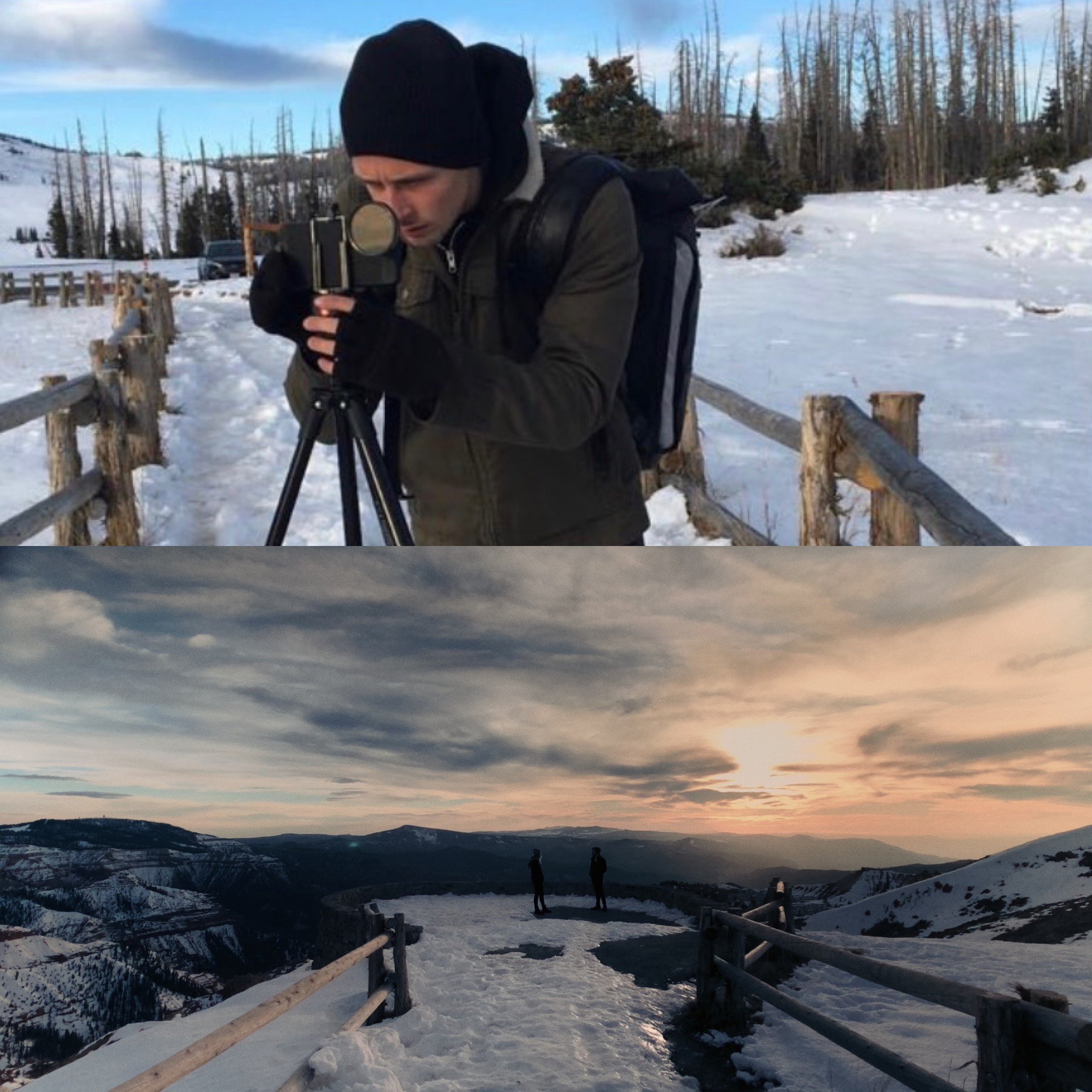 How long did the film take to shoot? Was it shot sequentially?

PR: 12 days! And after the first day or two everything had to be shot sequentially.5. How many people formed the crew and what were the advantages of shooting with a small number of people?

PRY: Five people. Powell. Myself. Our producer Lauren Bates. And our two actors, Madison West and Joey Millin. The small amount certainly helped us take advantage of
locations we couldn’t have with a larger crew.

PR: It kept us invisible in so many places, enabling us to grab a ton of unique spots, usually unplanned as we traveled, that wouldn’t have been possible while coordinating a larger crew. Also, this number obviously had to grow once we hit post. The post team included William Ford-Conway our editor, Charles Moody our sound designer/mixer, Nick Chuba our composer, Jerry Robinson our dialogue editor, and Kinan Chabani our colorist.

I understand Threshold wasn’t shot from a full script. Were there times you would have liked to have been shooting from a conventional screenplay or did you enjoy the freedom that came from improvisation?

PRY: The freedom was very necessary for this. We were all working from very raw, emotional places and needed to be open to letting the story and relationships evolve with time.

PR: There’s a world where this could have been done from a script, and it could have been cool too, but the impulsiveness of the acting and dialogue choices, along with the personal qualities each actor brought to their character naturally through the improv is why the movie works.

The film’s two leads Madison West and Joey Millin play brother and sister with a relatable mixture of both arguing but providing support to one another. Do you think the way you shot the film contributed to developing that relationship/familiarity they had with each other?

PRY: Absolutely! Specifically any time we’re in the car, it’s shot very much in a way meant to put you in the situation with them. Almost, but not quite omniscient POV. The intention being to make this all feel very real and natural.

PR: There was so much downtime on the road, and so little build up to shooting since we could turn on the phones whenever, that the lines between story and real world got very blurry – which was a huge positive for the on screen relationship but also meant it got tough on the actors to separate from the emotional hardship and stress of playing the characters when the cameras/phones stopped rolling. 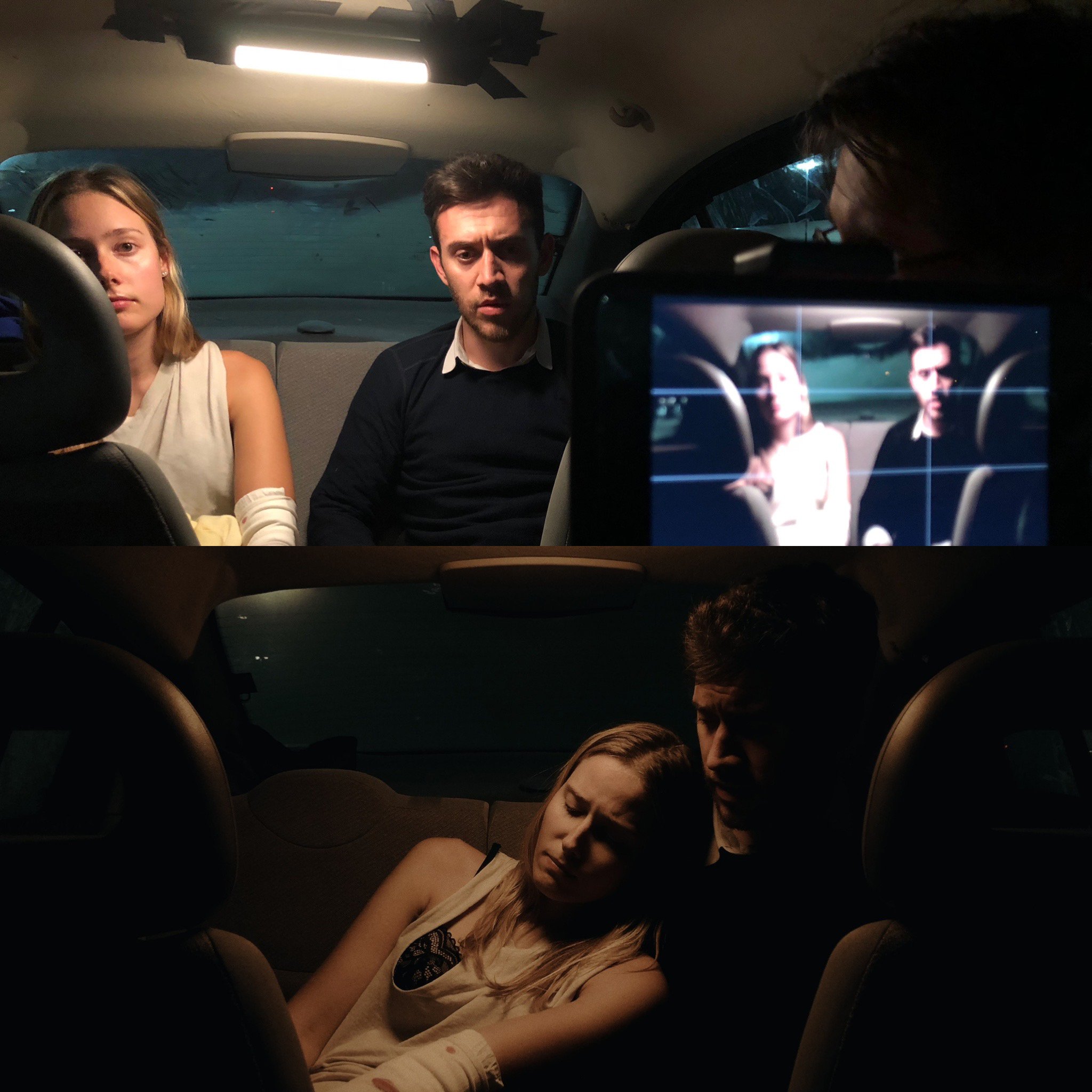 A question throughout the film is how are these two characters going to end up. Not giving away too much(!), how early on did you decide what the ending was going to be? Were there alternatives you considered or did you have a definite idea of how it should end?

PRY: We knew there had to be some sort of destination, but where we would end up emotionally and literally was decided a day and a half before we actually shot the dang thing. Maybe less. We had some larger, bombastic ideas at first that didn’t quite work because we knew the story had to end from a relationship standpoint of bringing these two as close together as possible.

PR: We just knew as long as their siblings-coming-together arc came to a satisfying and cathartic conclusion, the rest could be icing and we could get creative and weird.

What has been the reaction from audiences so far?

PRY: We’ve loved the response so far! The festival and genre community has always been so welcoming and embracing of things that are different or not quite what they’re used to seeing. Obviously having Arrow behind our backs as our champions has helped tremendously. We’re just grateful that we made something more than one person can connect to.

PR: It’s been incredibly fulfilling to see so many people come out discussing their personal connections to the story, whether it be addiction, connecting with previously estranged relatives, or just needing a movie about people coming together in our current age.

Your other feature Bastard is a very different film within the horror genre. What is it about horror that particularly inspires you both and is this a genre that aligns most to your tastes?

PRY: It’s a comfort area for me. There’s something so reliable about horror. You sort of always know you’ll get some sort of gory or spooky artistry and it’s our jobs to accept the challenge of throwing something unique and empathetic into that mix.

PR: Horror has always opened its doors to exploring taboo subjects, as well as other subjects that are very hard to grapple without metaphor, and horror isn’t afraid to mash genres and tones.

International Man of Action – The Many Faces of Sonny Chiba

A Knack for Doing Wrong: the Films of Claude Chabrol