Children aren’t scary, are they? Surely not. They’re sweet, and innocent, and definitely don’t do things like pulling the legs off spiders just to see what happens, or talking intently to an invisible friend who’s apparently sitting in the darkest corner of their bedrooms. A grown adult couldn’t be terrified of a child, could they?

Yeah, of course they could! Plenty of horror movies exploit the uncanniness of children – that erratic way they don’t know, let alone play by, the rules of the adult world! – and play up the horrifying contrast between the cherubic innocence of the idealised child and the violence of the demonic killer child. When it works, it really works.

The children of Gatlin, Nebraska, are the perfect example. Recruited into a creepy cult by the heavily-eyebrowed Isaac, they swap hide ‘n’ seek for stalk ‘n’ slash, killing their parents (and everyone else over the age of 18) in an act of devotion to the mysterious He-Who-Walks-Behind-The-Rows. And that’s only the beginning of the horror, as the cute kids develop their own unique set of religious practices, like childish games gone horribly, horribly wrong…

To mark the release of Children Of The Corn on ARROW – and the Blu-ray and UHD release of the first three films – here are (at least) 10 of cinema’s most nightmare-inducing under-18s. 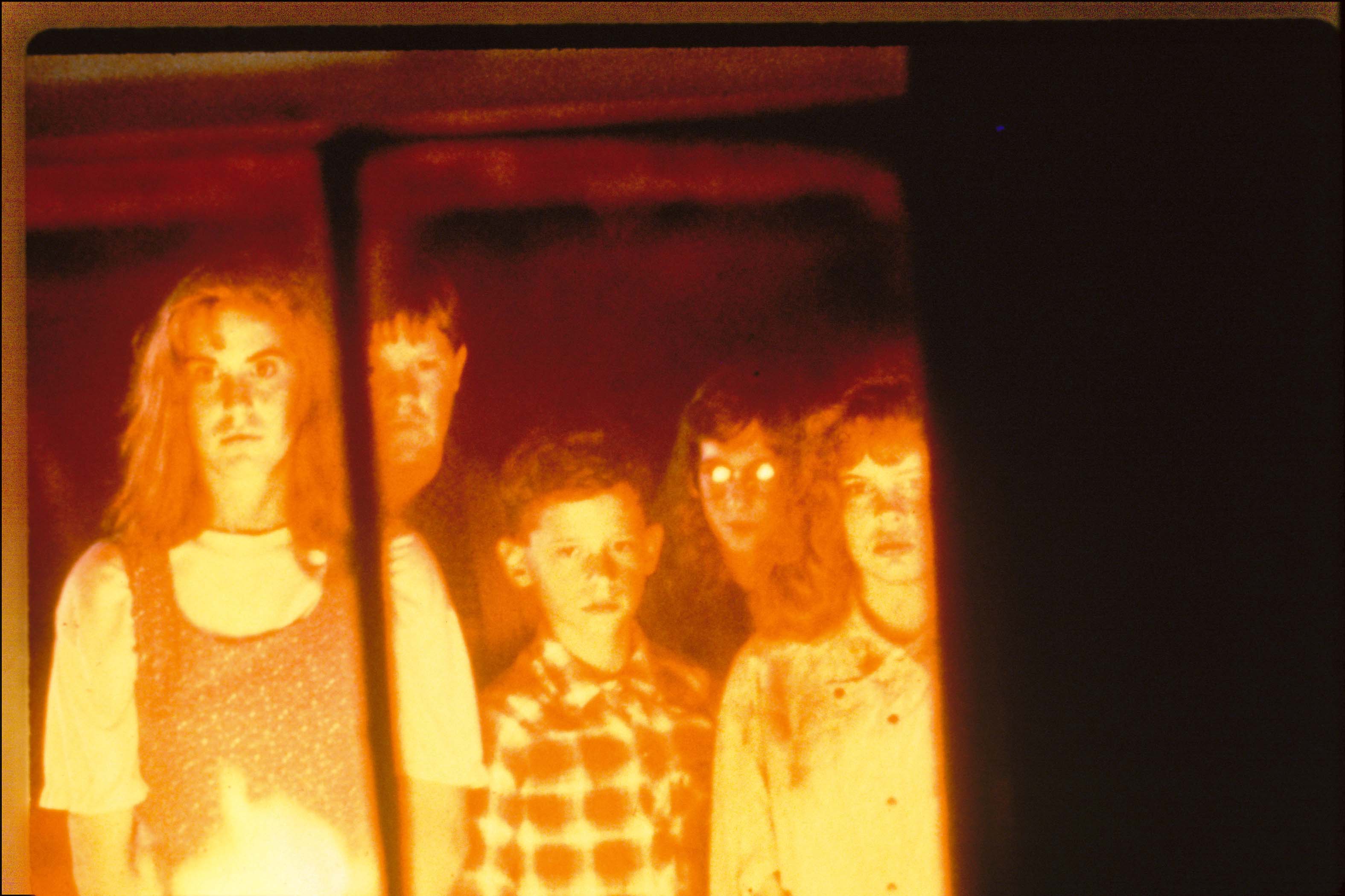 Something’s burning in Children of the Corn II: The Final Sacrifice (1992)

Murdered by his father in a jealous rage, little Toshio and his mum Kayako return from beyond the grave to punish literally everyone they possibly can. Anyone who dares set foot in their former home is instantly cursed, and once they’re cursed, there’s no escape: first they’ll be tormented, and then they’ll be killed.

There are two things that make Toshio particularly creepy: firstly, his dedication to mischief, happily playing childish games with his victims, hiding in unexpected places before making a big-eyed white-faced appearance; and secondly, the way he’s always accompanied by the ghost of his cat, who was also killed by his dad. He even meows.

Good luck sleeping soundly after watching this movie, especially if you have a cat yourself.

The next scary horror movie kid on this list also has a scary cat sidekick: Pet Sematary’s Gage and Church are both killed after being hit by dangerous drivers on the busy highway immediately outside their home, and they’re also both resurrected after being buried in an ancient Miꞌkmaq burial ground.

They both came back wrong.

The new and definitely not improved Gage is a tiny terror, a toddler with an unerring instinct for murder. No longer an ankle-biter, he becomes an ankle-slicer. It’s really, really unnerving to see a child so young committing such wince-inducing acts of violence – the terrible twos have never been more terrible.

Whatever David is, he’s definitely not a normal child. Conceived during a weird village-wide blackout, he looks like he’s 12 and acts like he’s 32 even before his fourth birthday, and there’s something about his eyes…

Expressionless and emotionless, it’s never really revealed just what David and his fellow cuckoos were hoping to achieve via their campaign of terror, but their ability to kill people purely by manipulating their thoughts means they’re a bit too scary for anyone to get close enough to find out.

Claudia, Interview With The Vampire (1994)

A beautiful doll of a child, with her perfect strawberry blonde ringlets framing her too-cute face and a wardrobe full of frilly dresses, Claudia looks like butter wouldn’t melt in her mouth… and actually, considering she’s undead, maybe it wouldn’t.

A vampire child who’s decades older than her appearance suggests, Claudia’s Dark Gift means she’ll never grow up – which she comes to view as a curse rather than a blessing. Anyone who gets too close will soon meet a gory death at the business end of her fangs. And, if they’re really unlucky, she’ll keep their corpses around to play with afterwards. Brrrr.

Maybe it’s because she manifests as a little girl that Samaziel doesn’t have the kind of cult following she wants. The other demons, the bigger ones with the horns and extra eyes, just tend to look cooler when you’re trying to recruit people to the dark side. Once she gets going, though, Samaziel is impressively evil – more powerful than Baphomet, and far more temperamental, she’ll pull people’s heads off and laugh about it.

Worse, she’s willing to rip the throat out of an adorable fuzzy bunny with her teeth. Now that’s evil. 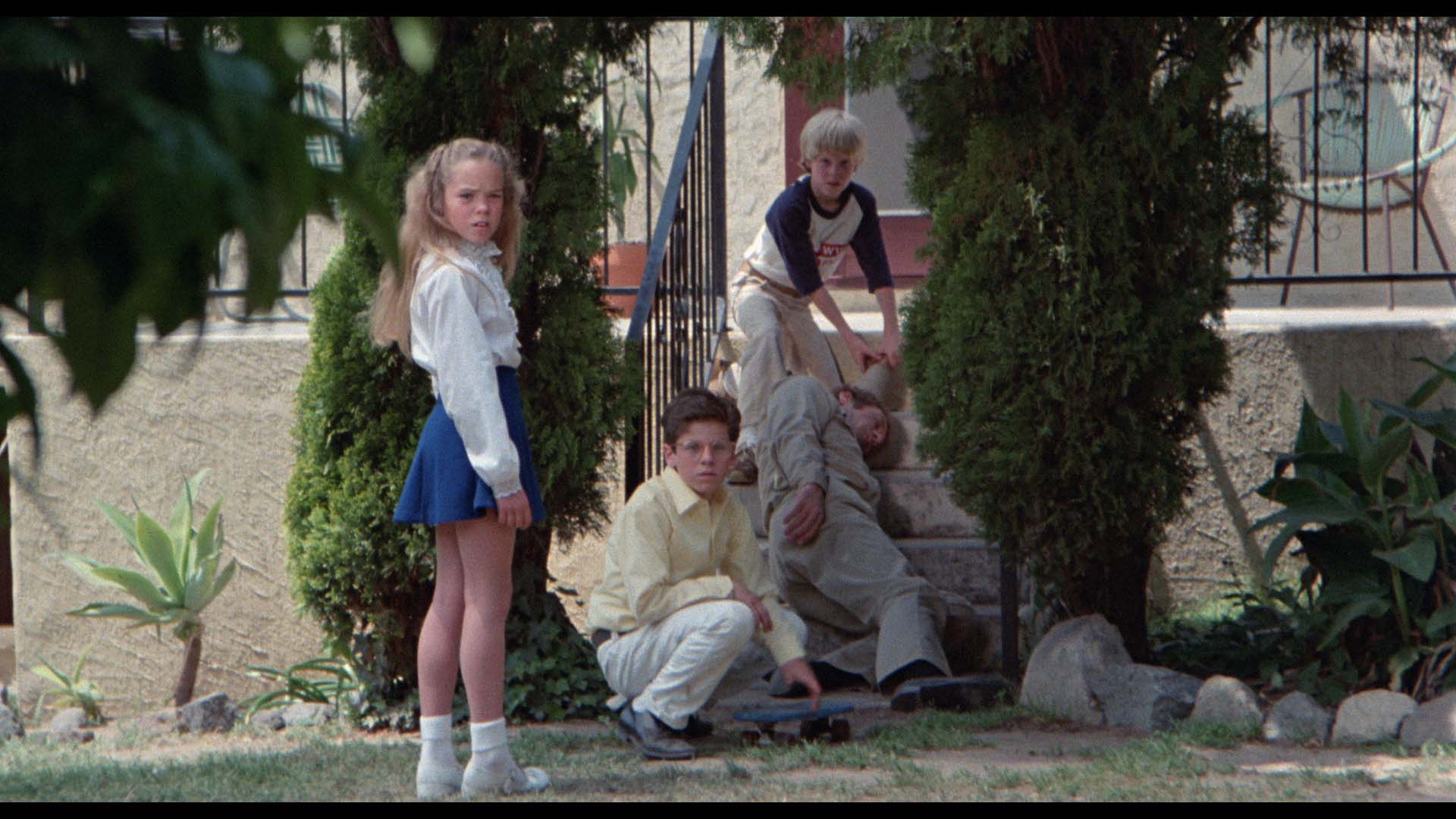 Like Village Of The Damned’s David, the circumstances of Debbie’s birth are mysterious. She, along with two other kids, Curtis and Steven, was born during a solar eclipse, and something about that planetary alignment meant the three of them were born mean. The titular birthday is the kids’ tenth, and it turns bloody when their teacher won’t agree not to give the class homework on the night of their party. Soon, the kids are laying traps for anyone and everyone who dares defy them.

So why is Debbie on this list when her partners in crime aren’t? Well, that’s because she was the only one devious enough to get away with it.

A walking argument for enforcing BBFC age-ratings at home with your kids, Ashley becomes a murderous nightmare after sneakily watching scary movies over her dad’s shoulder. Only they weren’t just any scary movies – they were cursed videos, inhabited by the demon Baghuul. His complicated MO involves creating a sort of daisy chain of cursed houses, enlisting the youngest family members to knock off their parents (but only after they’ve moved into and then back out of one of his designated murder houses).

Impenetrable demon motivations aside, Ashley earns her way onto this list because of the way she develops her, um, artistic skills after falling under Baghuul’s spell…

A supernatural evil is lurking high in the Carpathian mountains, and nope, this time it’s not Dracula: it’s Melissa, the ghostly daughter of Baroness Graps. A vengeful spirit conjured to take revenge on the villagers for her untimely death, Melissa compels everyone who sees her to kill themselves – in one memorable instance, by impaling themselves on a candelabra.

Usually, when someone is described as “wide-eyed”, it’s because they’re innocent, or maybe naïve, but in Melissa’s case, her eyes are wide with murder. That shot of her outside the window is one of the scariest images Mario Bava ever committed to film.

Tom and Evelyn were just looking forward to a nice island getaway before the birth of their third child, but they picked the wrong island – the one they pitch up on is populated only by children. Where have the adults gone? Do you even need to ask?

This Spanish shocker does seem to be genuinely asking the question “who can kill a child?”, juxtaposing documentary footage about the way the trauma of war affects children with a fictional narrative about murderous children, but as sympathetic as you might be to real-world kids, it’s hard to deny that these grim, silent children are utterly terrifying.

No list of scary horror movie children would be complete without Damien – he is literally the Antichrist. An inhuman child deliberately manoeuvred into an influential family by a shadowy Satanic cult, Damien and his spooky nanny cause a whole spate of weird and violent deaths… and that’s just the beginning.

Damien grows up over the course of several sequels, but for our money, he’s at his most sinister in this first film: a little boy who’s not really a boy, a tiny, unsmiling nightmare child who can kill you at the drop of his fetching little baker boy hat.