Released just over a year after the launch of NBC’s smash hit Miami Vice, William Friedkin’s To Live and Die in L.A. took some of that show’s reckless energy from the heart of Florida to the opposite coast. Sure, the protagonists of Friedkin’s 1985 thriller may not be cops—they’re technically secret service agents—but the perfectly-named Richard Chance (William Petersen) and his nemesis Rick Masters (Willem Dafoe) are cut from a similar tailor as the good and bad guys on that show. Like so many ‘80s lawmen, Chance is willing to do whatever it takes to get his man, pushing the boundaries of the law to find his own brand of justice. But Friedkin’s film elevates from other buddy cop action movies of the era in a number of ways, including the director’s remarkable craft, an ensemble of fantastic character actors, and a ruthlessness that Hollywood typically avoids. Based on a hit book by someone with a unique background, this is a brutal saga, one that ends with the death of its hero, a decision that the studio almost pushed Friedkin out of making. But this story couldn’t have ended any other way.

After a lengthy introduction in which his counterfeiting operation is seen in impressive detail, the first line that Rick Masters speaks is indicative of this film world’s violent unpredictability: “Buddy, you’re in the wrong place at the wrong time.” It’s followed by a shotgun blast to the head for poor Jimmy Hart (Michael Greene), who was, of course, just a few days from retirement. The world of To Live and Die in L.A. is one in which every day could be the last for secret service agents like Richard Chance, someone who takes risks throughout his life, whether he’s chasing a suspect or feeding his hobby of base jumping. He lives like every day could have the “wrong time” and everywhere he goes could be the “wrong place”. That kind of mortal unpredictability drives To Live and Die in L.A., a film designed to show how thin the line between its title subjects is for people on the edge of the law. 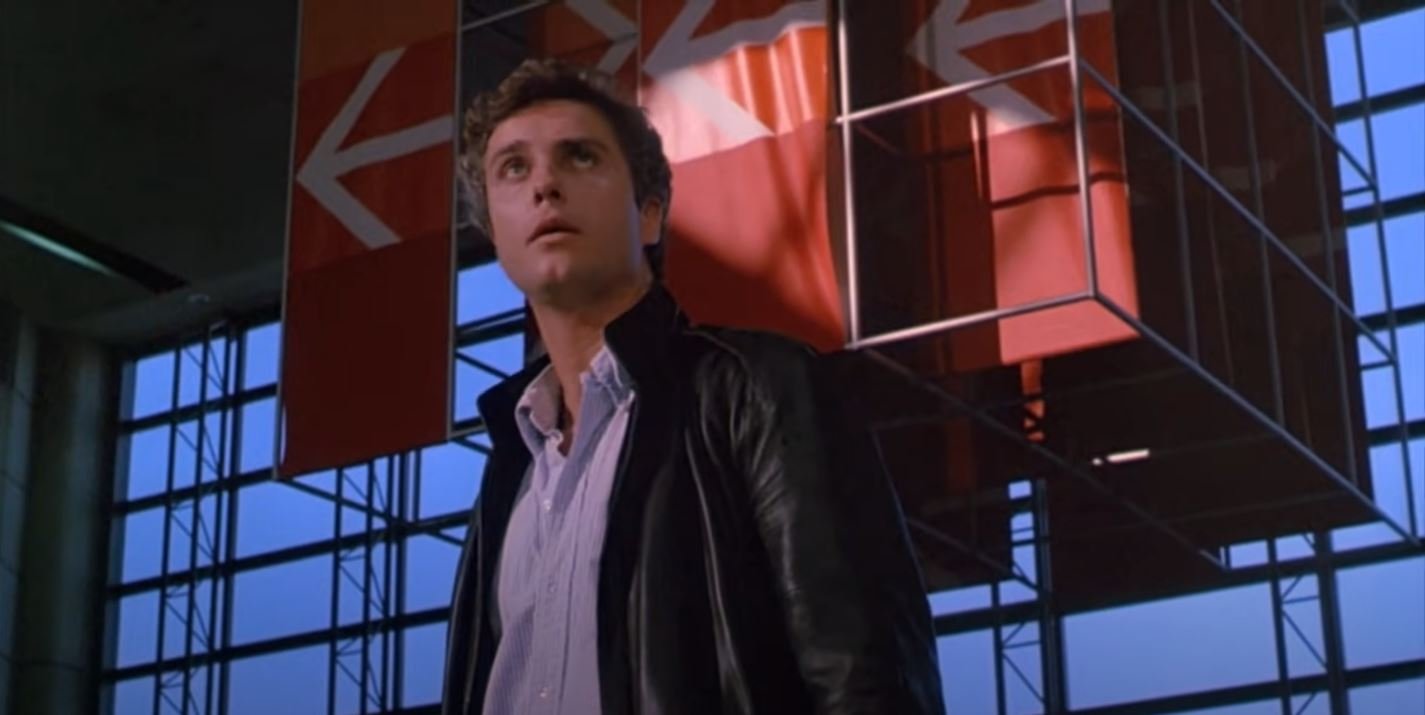 Gerald Petievich was a Secret Service Agent who published a crime novel named To Live and Die in L.A. in 1984, a fictional work built from his experience in the field from 1970 to 1985. Friedkin got his hands on a copy in manuscript form and liked it but could only muster a $6 million budget for the production, meaning that it wouldn’t have the stars the Oscar-winning director might have otherwise considered. To help with the process, he actually convinced the legendary Bob Weiner, who cast The French Connection, to come out of retirement. According to an interview, Weiner convinced Friedkin to come see a young actor named William Petersen in a version of A Streetcar Named Desire that was playing in Toronto. The story goes that Friedkin then flew Peterson to New York City, where he gave him his breakthrough role halfway through the audition.

Friedkin’s craftsmanship is remarkable in To Live and Die in L.A., but it’s a film that relies heavily on the charm and energy of its cast. Peterson’s jittery energy transcends the trope of the “cop on the edge” and Friedkin and Weiner filled out the ensemble with wonderful character actors and young stars, including a perfect John Turturro, Dean Stockwell, and a colleague of Peterson’s from the Chicago theatre scene, John Pankow as Chance’s new, hesitant partner John Vukovich.

And then there’s Willem Dafoe, who had appeared in cult hits like The Loveless, The Hunger, and Streets of Fire by this point, and was right on the verge of really breaking through in Platoon the year after To Live and Die in L.A. Dafoe finds a cool charm as Masters, balancing Peterson’s restlessness with the kind of sociopath who barely breaks a sweat when he’s taking a life. It’s a chilling, perfect performance.

Cinematographer Robby Müller shot To Live and Die in L.A. with a sweaty recklessness that matched Friedkin and Petievich’s story. The regular collaborator with Wim Wenders brought a hazy intensity to a film shot entirely on location, including what would become one of the most famous car chase scenes of all time. According to a special feature on the original DVD release, the scene in which Chase drives on the wrong side of the L.A. freeway was saved for near the end of the shoot and took six weeks to pull off. It’s not from the source material and, according to the book Hurricane Billy by Nat Segaloff, reportedly came to Friedkin after falling asleep at the wheel on the way home from a Chicago wedding, waking up to realize he was on the wrong side of the road. According to those same special features, Petersen actually did most of his own driving, making most of Pankow’s terrified reaction shots even more realistic.

To Live and Die in L.A. climaxes with an incredible sequence in which Chance gets a shotgun blast to the face that’s clearly meant to mirror the one that ended Hart’s life earlier in the film before Vukovich kills Masters. In the final scene, Vukovich continues the cycle, telling Ruth (Darlanne Fluegel) that she’s now his informant, still working in the counterfeiting world. It’s a brutally cynical ending that makes it clear that nothing really changes even when men like Chance and Masters die. Someone is there to take their place. 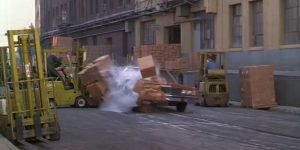 It almost wasn’t quite so vicious. MGM reportedly didn’t like the downer of an ending, and Friedkin even shot an alternate one in which Chance actually survived what looks like a shotgun blast between the eyes. For his trouble, the agent is then transferred to Alaska with Vukovich, no longer living or dying in Los Angeles. Thankfully, Friedkin watched the footage and stuck with the original ending.

To Live and Die in L.A. was a hit at the time, making three times its $6 million budget, and it’s become even more of a cult darling in the years since it was released. Critics were very torn at the time (Roger Ebert was a big fan; Janet Maslin not so much), but the film has outlasted the dozens of “tough cop” thrillers from the 1980s that have been lost to history. There’s enough interest in the film that Friedkin was actually talking about going back to this world for a TV series as recently as 2015. After all, nothing ever really dies in L.A.

Withnail and I: The Arena of the Unwell