At the time of Children of Men‘s original release in 2006, the planet did not yet appear to be teetering on the brink of outright dystopia. While the lasting effects of the terrorist attacks of 9/11 and 7/7, and the ensuing neocon-driven “War on Terror” continued to be felt, Western society still seemed like a relatively prosperous and secure place. So, while the film’s gritty depiction of a prospective era where humanity is facing outright extinction certainly felt realistic enough, its portrayal of Britain as a quasi-fascist police state riven by violent revolution a queasily convincing one, it nevertheless seemed to be quite comfortably rooted in the world of the imagination; albeit perhaps not a world that many people would wish to linger in.

Perhaps understandably then, Alfonso Cuarón’s mournful look into the near-future of 2027 went on to receive a somewhat lukewarm reaction from mainstream audiences far more disposed towards the escapist fantasies of Pirates of the Caribbean: Dead Man’s Chest and The Da Vinci Code. Children of Men did enjoy strongly favourable reviews and several awards nominations, but although its desolate portrait of a damaged, divided country seemed entirely plausible even then, very possibly it was just the usual story of the wrong film arriving at the wrong time. 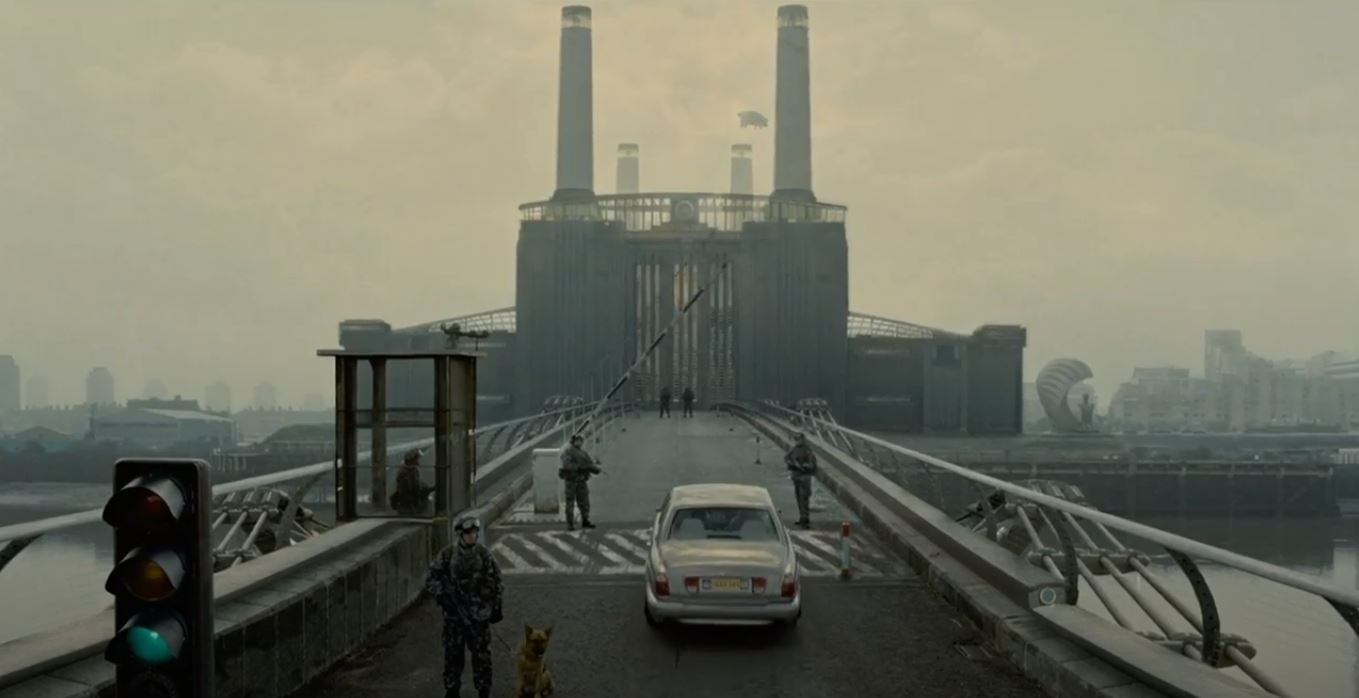 In 2022, we’re only five years removed from the world Cuarón depicted so unsparingly in his film, and what once appeared merely plausible suddenly looks alarmingly prescient. The global banking crash and the decade of economic austerity it spawned, the subsequent political aftershocks of Brexit/Trump, the eruption of a worldwide pandemic, and now war breaking out in Europe (not to mention the new Cold War that will likely follow): a ceaseless catalogue of catastrophes which have left contemporary Britain looking and feeling decidedly more dystopian than it did in 2006.

Needless to say, the requirement for science-fiction to accurately predict the future it portrays is frequently overstated. For all of their futuristic trappings, works of SF are more often than not a comment on the times that produced them, and Children of Men is certainly no different in this regard. (Look at the frequency with which the term “homeland security”, a loathsomely Orwellian phrase beloved by the neocons of the time, crops up throughout the film.)

Still, watching it today, one can’t help but be struck by how many other pointed details Cuarón gets right. Not simply the plot’s overt emphasis on the continued oppression of refugees, although sadly this remains all too relevant today (indeed, one thing the film does not accurately predict is the post-Brexit reframing of language around asylum seekers: “refugee” is far too empathic a term for the modern right, who much prefer the loaded catch-all “illegal immigrant”), but also the depiction of the sort of cynical jingoism such oppression is inevitably dressed up in. (The amount of Union Jacks glimpsed in the film’s early stages might lead one to suspect that compulsive flag-waver Boris Johnson is still in power in 2027.)

Not only that, but the manner in which the film portrays the mawkish outpouring of sentiment following the murder of baby Diego, while doubtless inspired by the death of Diana Spencer, rings even truer in the social media era, where every celebrity passing demands a collective emotional response on an increasingly grander scale. Even the sketched-in backstory of Clive Owen’s jaded protagonist Theo feels unnervingly accurate to these times; in a fleetingly hushed aside, we learn that the infant son he had with his estranged wife Julian (Julianne Moore) died in a flu pandemic. 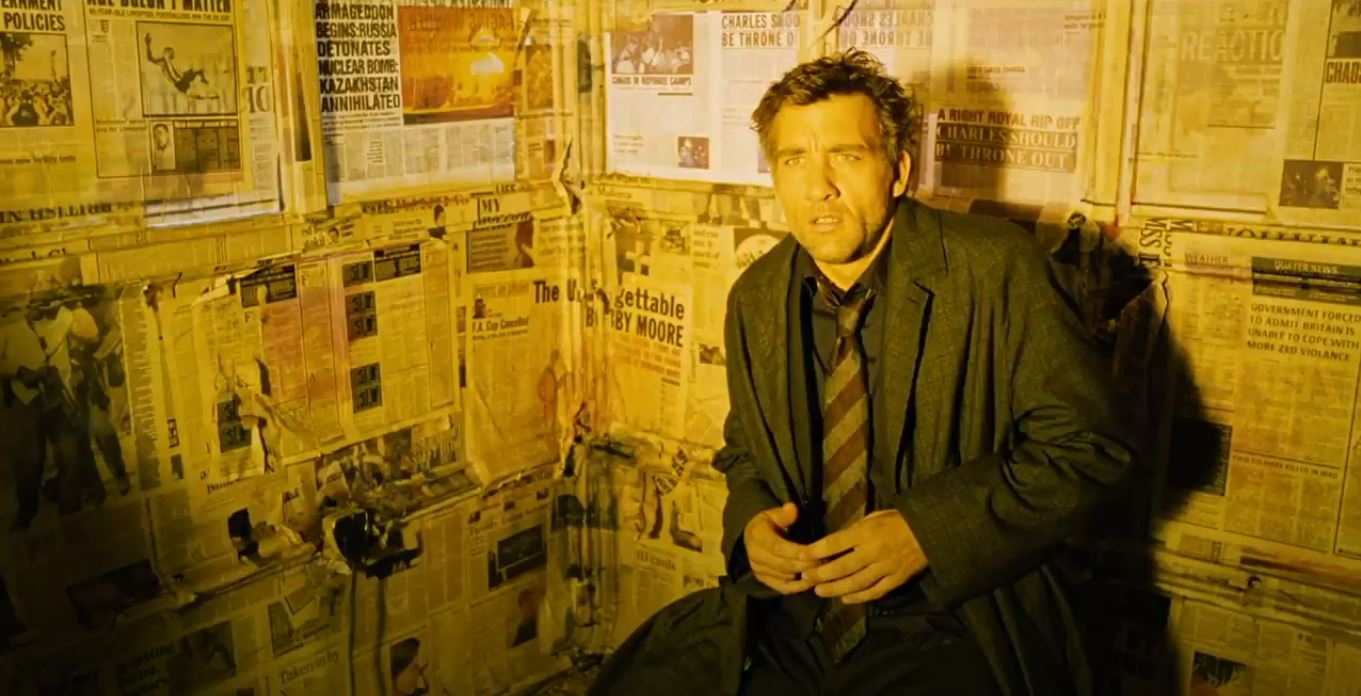 Staring into the light, Theo (Clive Owen) struggles to make sense of the world

So far, so grim. But audiences might be forgiven for wondering why they should invest a couple of hours in watching a film when they could get a similarly depressing snapshot of the world by simply switching on the nightly news. So does Children of Men have anything else to offer the contemporary viewer beyond a bleak portrait of Where We Are Now? The answer is indisputably yes.

Given the amount of political anger running through the film, it’s easy to overlook just how sheerly exciting Children of Men often is. At this stage of his career, Alfonso Cuarón was still a relatively unknown entity; while he was certainly considered a talent to watch, his previous films were a mixture of acclaimed arthouse projects interspersed with more mainstream Hollywood assignments. The question of what sort of director he really was would finally be answered by Children of Men, which displays a level of filmmaking virtuosity that frankly leaves many modern-day action auteurs in the dust.

The single take set-pieces – the car ambush, Theo’s desperate passage through the battle-torn refugee camp – were almost immediately copied by other directors, and even after watching over a decade’s worth of such imitations, Cuarón’s mastery of his craft is such that Children of Men still hasn’t lost a yard in comparison. Even the moment where Theo and his companions make their escape from the revolutionaries’ hideout – on the face of it, a far simpler and less showy set-piece than those mentioned above – demonstrates an agonisingly precise facility with building suspense worthy of Alfred Hitchcock himself.

For all of the film’s undoubted virtuosity, however, it’s safe to say that much of its emotional punch derives from the impeccable casting. Clive Owen never seemed to quite break through in mainstream Hollywood, but is perfect as the Bogartian romantic-turned-cynic here. His wearily bruised charm helps convince us of Theo’s gradual moral reawakening from disaffected pessimist to someone who permits themselves to once more believe in a greater good (much like Bogart in Casablanca). A lesser film might have positioned Theo as some kind of everyman action hero, but in Children of Men, he is allowed to be nothing more than a normal human being – often bewildered, upset, or flat-out terrified – and Owen sells each character beat precisely and believably. 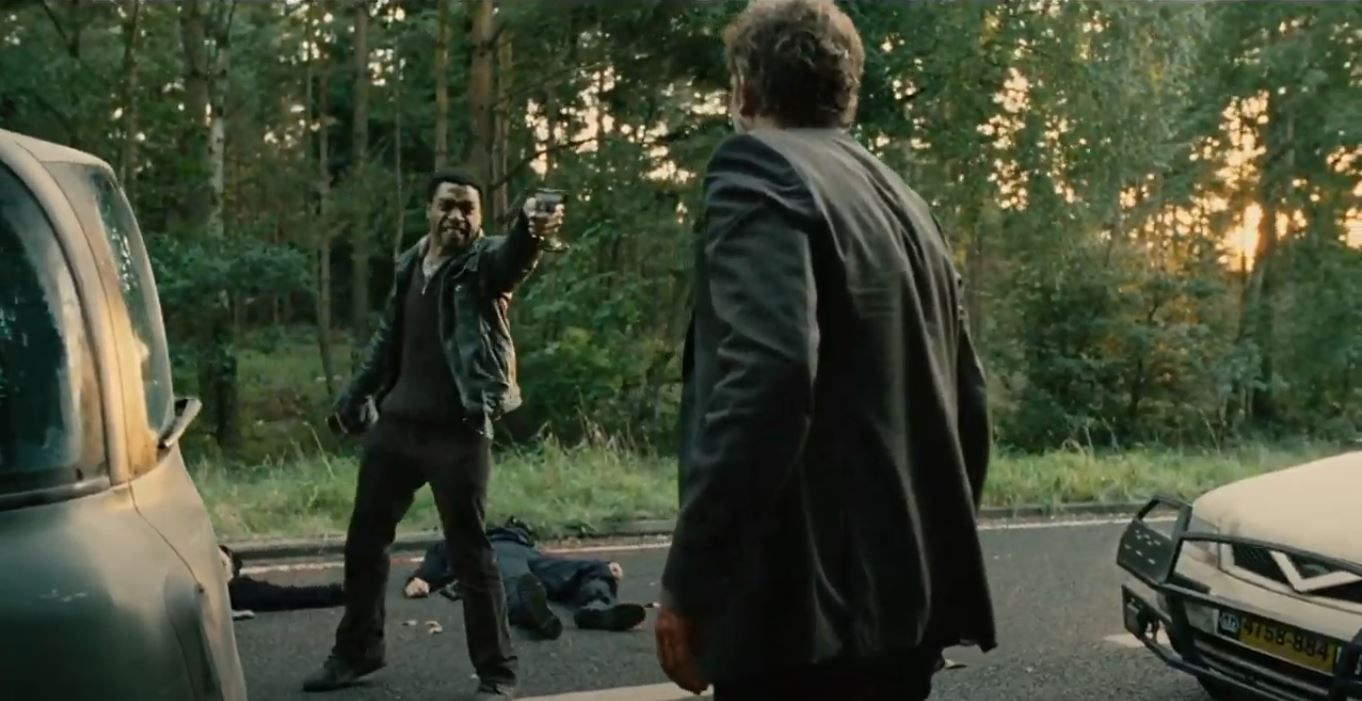 The rest of the ensemble is also pitch-perfect. Many of the film’s starrier names appear in only a handful of scenes, but make an indelible impression during their brief screen time all the same. While Michael Caine became notorious for sleepwalking through various paycheque roles during the latter stages of his career (as he legendarily commented about his role in the misbegotten Jaws: The Revenge: “I have never seen it but by all accounts it is terrible. However, I have seen the house that it built and it is terrific.”), here his performance is a small joy, both humane and drily funny. The actor gives a largely downbeat film a much-needed emotional centre during its first half, thus paving the way for Theo’s eventual redemption.

And Julianne Moore, so often cast as neurotic, damaged women in her early films, here plays an intelligent, forthright leader in the resistance movement. Although she only shares a limited amount of scenes with Owen, the two performers deftly create a shorthand portrait of a married couple driven apart by both tragedy and ideology, who nevertheless continue to care deeply for each other.

Cuarón is just as well served by his supporting players: as Moore’s treacherous second-in-command, Chiwetel Ejiofor never stoops to caricature in his portrayal of a cold-blooded revolutionary who will let nothing stand in the way of his mission to create a fairer, better society. And Peter Mullan, playing the self-confessed “fascist pig” Syd, is both hilariously eccentric and disquietingly unpredictable.

Uncompromisingly downbeat it may be, its bleakly acute insights into our modern-day world now proven disturbingly accurate, but Children of Men remains a singularly optimistic work all the same. Not simply for the fact that, despite all of the film’s unceasing death and despair, Cuarón still allows for the possibility of salvation, even though that is certainly the case. No, what is perhaps most noteworthy about Children of Men is that such a striking, difficult work was actually made within the Hollywood mainstream.

And while it was doubtless hard enough to get it produced sixteen years ago, in today’s IP-obsessed era, it might prove almost impossible. Regardless, although the film may not have been wildly popular with audiences during its original release, it has nonetheless endured, as good art will tend to do.

At one point during Children of Men, Theo asks, “What’s left to hope for?” For me, the answer is simple: if it was possible to make a film as good as this once, a film that is still being discussed and watched today, then maybe it can happen again. Let’s hope.

Sean Hogan is a UK writer and filmmaker. He has written two award-nominated books of cinema metafiction, England's Screaming and Three Mothers, One Father, and his feature credits include the films Future Shock! The Story of 2000AD, The Borderlands, and The Devil's Business.