Do It Yourself filmmaking has never been easier. In a world where high-end tech is (relatively) cheap, and where YouTube is packed with a million tutorials on everything from shooting, to editing, to music making, DIY art is accessible to more people than ever before.

You really could write, direct, and score your very own movie masterpiece for the price of a laptop and an iPhone, right now.

After all, if I can do it (a freelance journalist from a working class background), pretty much anyone can – my movie A Little More Flesh was shot on an iPhone XR with Moment lenses, it was edited on Final Cut Pro, and it secured US distribution through Troma.

But it’s not just Troma that supports the DIY aesthetic – Arrow also releases movies by independent directors who used guerilla filmmaking tactics to build their careers, whether the end result was grindhouse (He Came from the Swamp: The William Grefé Collection) or arthouse (Primer).

To mark the release of Weird Wisconsin: The Bill Rebane Collection, a box set that collects the greatest works of outsider auteur Rebane, a man who built his own movie studio on a farm from scratch, I’ve teamed with Arrow to salute ten of the greatest DIY movie projects.

These are the self-produced masterpieces that used skeleton crews, hand-made props, and big ideas to make a mark on popular culture far larger than movies with ten times the budget.

One of the defining qualities of DIY movies is they’re often led by a multi-hyphenated creator, someone who takes on multiple roles to keep costs lost. Pioneering feminist filmmaker Barbara Hammer directed, produced, production designed, wrote, shot, edited, and narrated her first feature – a documentary exploring the repression and othering of LGBT people since the First World War, to stunning success.

Without Hammer’s DIY spirit, this defining work wouldn’t exist, which would be a tragedy for the marginalised groups it celebrates. That’s one of the key benefits of DIY moviemaking – the ability to loudly tell stories that mainstream gatekeepers might want to silence.

Speaking of unique, one of the biggest benefits of DIY moviemaking is the commitment to a singular vision. Auteur theory (the idea that the director is the ‘author’ of the movie, as it’s the director’s decisions that create the style of the film) has been heavily disputed, but DIY movies come closer to the definition than any other category of filmmaking.

Anna Biller’s The Love Witch is a powerful example of a movie that existed in the mind of its maker in its purest form, before being written, edited, directed, produced, production designed and scored into existence by Biller, so that audiences could share her vision.

And what a vision it is, combining ‘60s and ‘70s horror influences, with the Technicolor style of filmmakers such as Douglas Sirk, and the bitter irony of Rainer Werner Fassbinder to create a pitch-perfect exploration of modern gender issues. 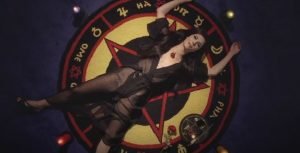 Samantha Robinson as Elaine in The Love Witch (2016)

We’re joking, of course – there’s nothing lazy about Nolan’s debut feature, which uses the director’s signature non-linear style to deliver an unusual neo-noir, which follows a young man who stalks people on the streets of London, finding himself drawn into a criminal conspiracy as a result of his curiosity.

Shot on 16mm film Nolan purchased out of his own pocket, and scheduled around the cast and crew’s day jobs, Following took a year to complete to space out the cost. It was worth the pain – the first step on the road to turning Nolan into a household name, via a film shot in friends’ homes, using large windows as lighting rigs.

Like Following, Pi’s a directorial debut released in 1998, shot on black and white 16mm film, following a singular loner as he explores an iconic city – but that’s where the similarities end, with Darren Aronofsky’s existential sensibilities elevating his DIY project into a defining work in his canon.

Where Following is still relatively underseen, Pi found its audience immediately – with Aronofsky winning the Directing Award at the 1998 Sundance Film Festival.

The complex narrative follows a mathematician trying to uncover the equation at the heart of reality, with Aronofsky’s debut exploring themes the director would continue to examine throughout his career. Partly funded through favours and loans from friends and family, Pi was a DIY gamble that paid off significantly for the writer/director.

Speaking of black and white DIY gambles that defined a director, like Pi, Kevin Smith’s Clerks was another Sundance sensation that found an immediate audience.

Funded after Smith sold his comic-book collection (as well as maxing out ten credit cards to their $2k limit), Clerks didn’t just start a career, it launched a universe (with one installment, Mallrats, available in a packed set on our US site) that continues to this day.

Not bad for a movie about a convenience store worker (Clerks was shot at night at Smith’s actual place of employment) who wasn’t even supposed to be there that day.

Blair Witch features three folks who definitely weren’t supposed to be there that day, or any day, or night. So let’s have a moment of silence for the three student filmmakers, Heather Donahue, Michael C. Williams, and Joshua Leonard, who travelled to Burketsville to make a DIY documentary about a mythical woods witch, and – tragically – never returned.

At least, that was the marketing spin when The Blair Witch Project went from DIY horror flick to global sensation, before becoming the most profitable independent movie of all time – but the film was actually the work of director duo Daniel Myrick and Eduardo Sánchez.

The pair wrote, directed and – let’s face it – bullied their three leads into arguably the most naturalistic horror performances ever recorded (partly because they thought it was happening for real), by simply chucking them into the woods and scaring them for eight days straight.

It doesn’t get much more DIY than that, partly because a large studio would probably get sued for some of the on-set antics that led to this horror masterpiece. You can get the complete story of the production by picking up The Blair Witch Project by Russ Gomm on Arrow Books.

The directorial debut of After Midnight’s Jeremy Gardner, The Battery was shot for just $6,000 – using an improvised script to capture the story of two baseball playing friends taking a roadtrip through a zombie apocalypse.

Shot on a DSLR, edited on Adobe Premiere, and with a production schedule of just 15 days, The Battery is a perfect example of the kind of slow-burn emotion-led storytelling that can have a real impact on audiences, using DIY techniques that would be frowned upon by a studio.

A major festival hit, with audience awards aplenty, The Battery was available on Arrow’s limited edition After Midnight Blu-ray, and it’s definitely worth a watch, especially if you’re as much a fan of Days Of Heaven as you are of Day Of The Dead. 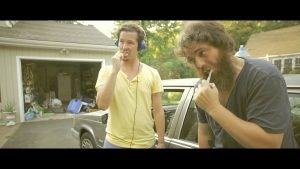 Also released in 2012, Resolution is another DIY movie by the makers of The Endless, a film that takes place in the same universe as the low-budget original.

Shot in just 17 days, this is a DIY movie that plays with the tropes DIY movies, with co-directors Justin Benson Aaron and Scott Moorhead using meta techniques to craft the film’s idiosyncratic atmosphere.

Benson produced and wrote the movie, and Moorhead shot and edited it (alongside Benson), with their collaboration creating a style that has continued throughout their career – all the way up to 2019’s mind-bending Synchronic, starring Anthony Mackie and Jamie Dornan.

Theirs is yet another success story that proves the hard work of DIY filmmaking can significantly pay off.

A truly singular vision, Eraserhead was written, directed, produced, and edited by David Lynch – who also contributed some ambient soundscapes to the score / sound mix. It’s essentially the greatest student movie ever made – originating during Lynch’s time at American Film Institute’s Center for Advanced Film Studies, shot using locations and equipment provided by the school.

It started life as a short film, but grew into a feature over the course of its six year (!) production. To complete the movie, lead Jack Nance’s wife Catherine E. Coulson contributed to the budget via tips from her waitressing job, which means that one of film history’s greatest works of art was partly funded by a pink-collar worker. If that doesn’t sell you on the potential of DIY cinema, we don’t know what will.

All the best DIY movies have a punk rock spirit driving them, an attitude that makes you want to pick up your own instrument (or camera) to join in. Clapboard Jungle will actually enable you to do that, with Justin McConnell’s brilliant documentary following his own adventures in micro budget filmmaking, while providing a complete survival guide that lays out exactly what it takes to make it in the modern independent film industry.

Mixing personal insights from McConnell with talking-head interviews from industry insiders (including Guillermo del Toro, Lloyd Kaufman, Barbara Crampton and more), everything you need to know about starting your own DIY career is right here – and add in the hours of extras on the Arrow disc, this is basically a complete film school for the cost of a Blu-ray.