When I think of demon possession, I think of Carol Clover. When I was a student, her book, Men Women and Chain Saws: Gender in the Horror Film was my bible. I read Chapter Two, “Opening Up”, so many times that I can still, quite literally, see the first page when I think of it now. I can see all my pen underlining and messy excited scrawl as I devoured everything she had to say about occult cinema, about Satan, telekinesis and exorcism. What has always stayed with me though, in particular, is her assertion that the occult film is “the most female” of horror genres, that the occult is focused on the bodies of girls and women in the grip of the supernatural.

Dementer (2019) seems to fit this criteria. It focusses on Katie, who has escaped a devil cult. We meet Katie for the first time when she is recruited to a new job working in a care centre for adults with learning disabilities. At the centre, she meets her first client, Stephanie, a woman with Down’s Syndrome, and quickly realises that “the devils” are circling Stephanie, biding their time before they find their way in.

So, when it came to writing about Dementer (2019), I returned to Clover. But re¬-reading her raised new questions. Clover argues that behind the story of the possessed woman “is always the story of a man in crisis, and that crisis is what the occult film is about”. Clover was writing Men, Women and Chain Saws in the late 1980s, and her examples – The Exorcist (1973), Witchboard (1987) – make sense for what was going on in occult film during this period. But, in Dementer, it is Katie that is in crisis. Unbeknownst to the care home manager, this will be Katie’s first job since leaving the cult, her first successful securing of normality (even if she is still secretly sleeping in her car and washing in a supermarket toilet).

So, when thinking through Dementer in terms of its demon possession theme, what happens when the “man in crisis” is a woman? Is this a straight gender role swap? Katie for Father Karras in The Exorcist? Or is it something more complex? And similarly, what of Stephanie’s character? In Clover’s examples, the “story of the possession film” is built around the “spectacle” of the female body. Is Stephanie a substitute for Regan? 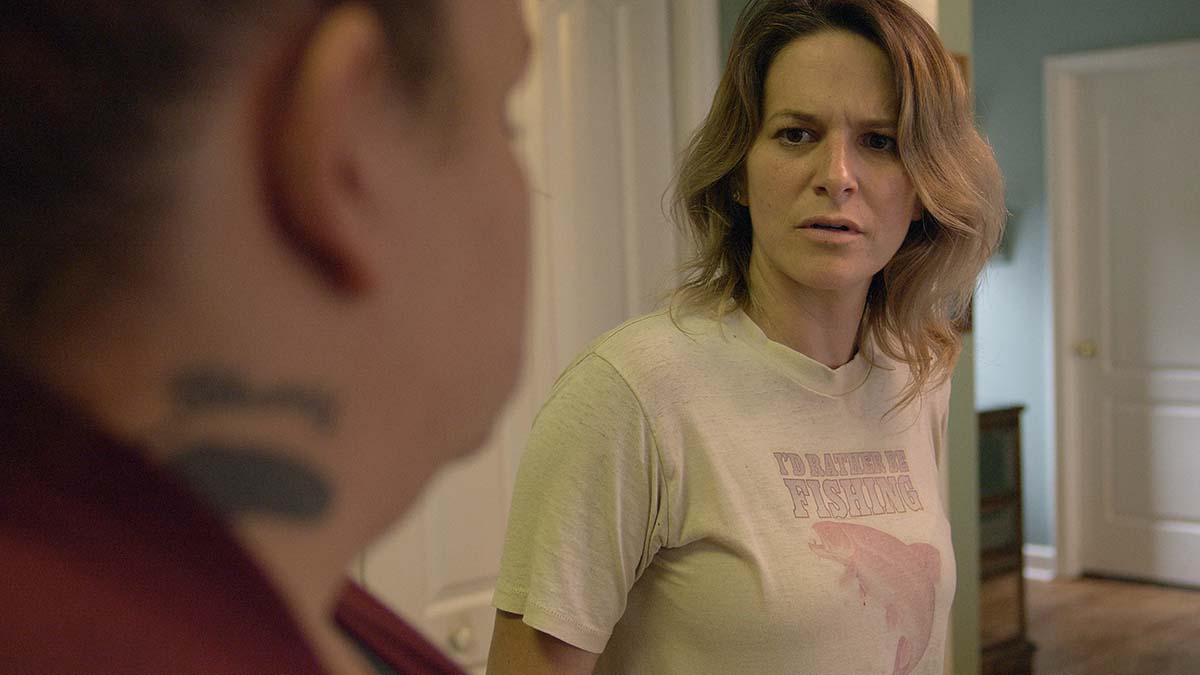 Let’s start with gender, then, and what that does to character arc. Clover argues that the quandary of the male character, “the significant bystander”, is “should he cling to his rational scientific understanding of human behaviour, or should he yield to the irrational?” This is the crisis of faith that assaults the white men in roles of authority: the doctor, the priest, the husband. Yet Katie’s quandary is quite different. Having been taught by her cult about the reality of demons, she brings the supernatural into the group care home, right from the off. She carries her own handwritten guide on how to detect demonic episodes and how to protect the afflicted. And Katie’s decision to fight the supernatural is not the simple “yielding” that Clover suggests for her patriarchal male characters. Katie is anything but passive. She is, in her eyes, in charge of not only her own destiny, but that of Stephanie’s as well. There is no crisis of faith here, demonic or otherwise, neither does Katie worry about deviating from the rules and regulations of socially sanctioned behaviour. Such strictures mean nothing to her when the devils are abroad, she carves out her own path.

The storylines of possession films are also really helpful for revealing what Dementer is actually interested in. Clover argues that the female character, the possessed body, has an “ABA” circular structure, where the “A” is the woman before she is possessed, the “B” is the possession and the film concludes, for her, with a return to “A”: the squaring of the circle and the restoration of life as it was before the demonic episode. Whereas, the male character follows an “ABC” linear structure, “A” is the man at the start of the story, secure in his beliefs, “B” is the battle with the spirits that reveals his understanding of the world is faulty, and “C” is his “new man” status by the film’s close. As Clover explains, through “a series of professional failures and humiliations” he is converted to belief in the irrational, the supernatural, that is, to the… feminine.

Dementer does follow the basic narrative principles of demon possession films, through its intense focus on the character in crisis and their relationship with a single, afflicted individual. But, from then on, it disregards all traditional story structures. Stephanie’s story is not “ABA” and she remains whole, her body controlled. The film eschews outdated (if spectacular) set pieces of the writhing, leaking female body in the grips of demonic domination. Then, Katie’s doesn’t work as “ABC” at all. Katie doesn’t need to change in front of us, she was already changed by the cult long before the film’s title appears on screen.

Instead, Dementer is psychological cinema. It drags us into Katie’s troubled, traumatised world, and to never, ever be allowed to escape, even for a moment of the film’s 80–minute run time. The horror isn’t the battle with the devil in his many forms, his power writ large upon female flesh.

Instead, the building, grinding dread of Dementer comes from being with Katie. 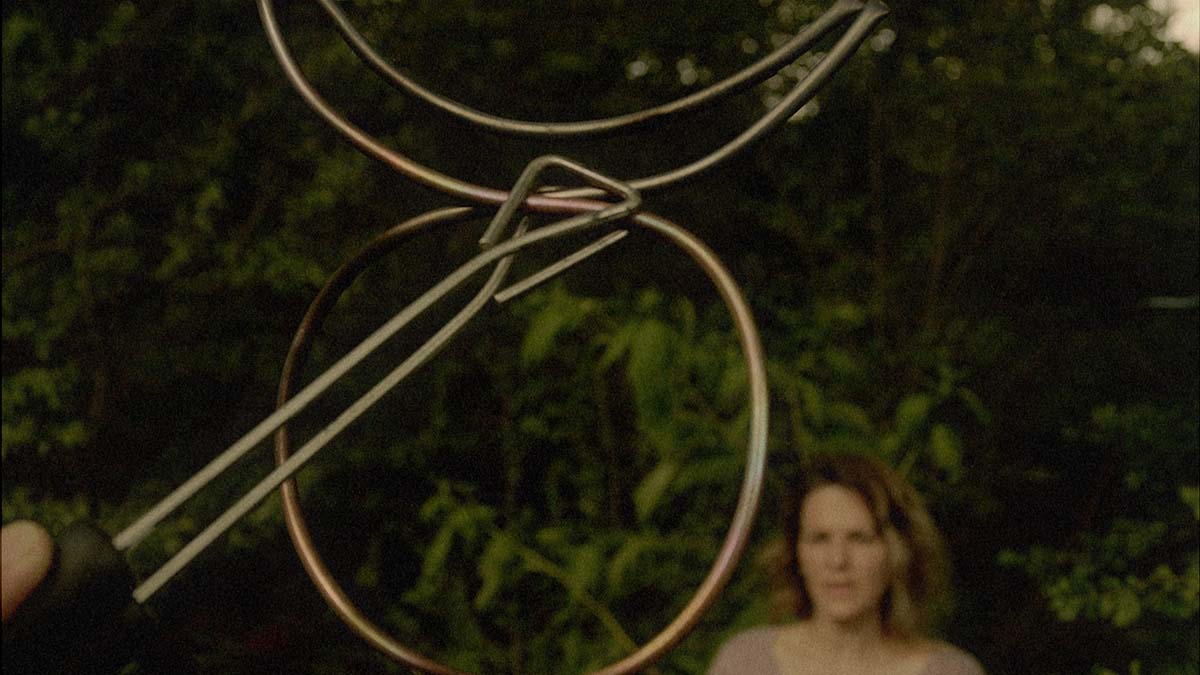 This begins with her job. Stephanie, and her housemates Brenda and Patricia, are made vulnerable as the sole person in charge of them no longer follows orders. These are characters who rely on Katie to get them through everyday life, for their caregiver to understand their communication of their needs, and their reliance is not rewarded here. The horror then increases as we watch, helpless, as Katie makes one cumulative decision after another, her actions creating terrible consequences that build to a desperate, dangerous conclusion.

In this way, the traditional demon possession film – as Clover describes it – has little to offer Dementer and its knowledgeable, driven female lead. Dementer’s companions are located elsewhere: the care gone wrong of Saint Maud (2019); the desperation to belong in The Stylist (2020); the dreadful self–appointed questing of Promising Young Woman (2020) and Censor (2021). None of these women are the “white man of science” authority figure typically found in occult cinema. Katie and Maud, Claire Cassie and Enid function on the fringes of society, their jobs and homes dissolute, precarious; they lack any and all social and cultural power. Instead, in these films, each woman grants herself the authority to do what she needs to do. Each of these films centres on a woman doing her best to create the world anew in a form that makes sense to her, and – because this is horror – the woman’s sense of what is right is badly skewed by her past traumas.

Katie and her clan have been overlooked, or used and discarded, time and time again.

Now, they step forward, out of the darkness. Each woman, in turn, holds out her hand to you.

She offers to draw you in close.

She explains: she is here to help you, to protect you, to make you safe.

But please, oh please, beware: her help is way more terrifying, way more dangerous, than any demon that the occult film has ever unleashed.

Quentin Dupieux and the Unexpected Comfort of Absurdism