When we think of Walk on the Wild Side, the first thing that leaps to mind is no doubt Lou Reed, whose song of the same name legend holds was spawned from an unfulfilled attempt to make a stage musical of the 1956 novel by Nelson Algren upon which Robert Dmytryk’s film was adapted. When that project collapsed, it evolved into the iconic love-letter to the many people Reed met at Andy Warhol’s Factory – Holly Woodlawn, Candy Darling, and Joe Dallesandro, amongst others. While in polite society people from this scene would be described as “colourful”, in the world that Warhol and Reed inhabited, this was the wild side, all sex, drugs and rock n’ roll, immortalised forever in what arguably remains Reed’s most famous song.

In Dmytryk’s 1962 film of the same name – released on Blu-ray from Arrow on September 6 2021 – it is not rock n’ roll that provides the soundtrack to the eponymous wild side, but jazz. With music by composer Elmer Bernstein, his title track for the film (with lyrics by Mack David) was nominated for an Academy Award for Best Original Song. The same year that Walk on the Wild Side was released, Bernstein also provided the score to Robert Mulligan’s To Kill a Mockingbird, finding him working twice that year in films that opened with unforgettable title sequences created by Saul Bass. Along with a few other notable titles, both Walk on the Wild Side and To Kill a Mockingbird saw Bass move away from his signature acetate-based cell animation towards live action, and in both cases, what action it is.

Of the former, Bass described it as follows, as quoted by Lindsey Musil in her recent The Art of the Card: A Brief Look at Title Cards Through the Decades:

This film’s setting is New Orleans in the early thirties, and deals with the disenfranchised, tough, seamy characters of a despairing time. Symbolic of this is the black cat and its movement through the environment. The title opens with him emerging from a culvert and looking around. We watch him prowl through the back alleys, roam through his territory, meet another cat, an outsider, a quick fight, the intruder scuttles off. The cat resumes his stealthy Walk on the Wild Side.

Watching Bass’s glorious live action opening credits of the film which he created with his wife and long-term collaborator Elaine, what stands out here in this particular quote – aside from, most obviously, providing an insight into his thinking behind the sequence – is his gendering of the cat: it’s a he. Read in relation to the film itself, at first glance the association between cats and feminine sexuality is a no-brainer. And, to opt for the vernacular, the central brothel where the film’s action takes place is of course colloquially otherwise known as a cathouse – the association between the latter and the opening feline-centred action of Bass’s title credits is surely not merely coincidental. 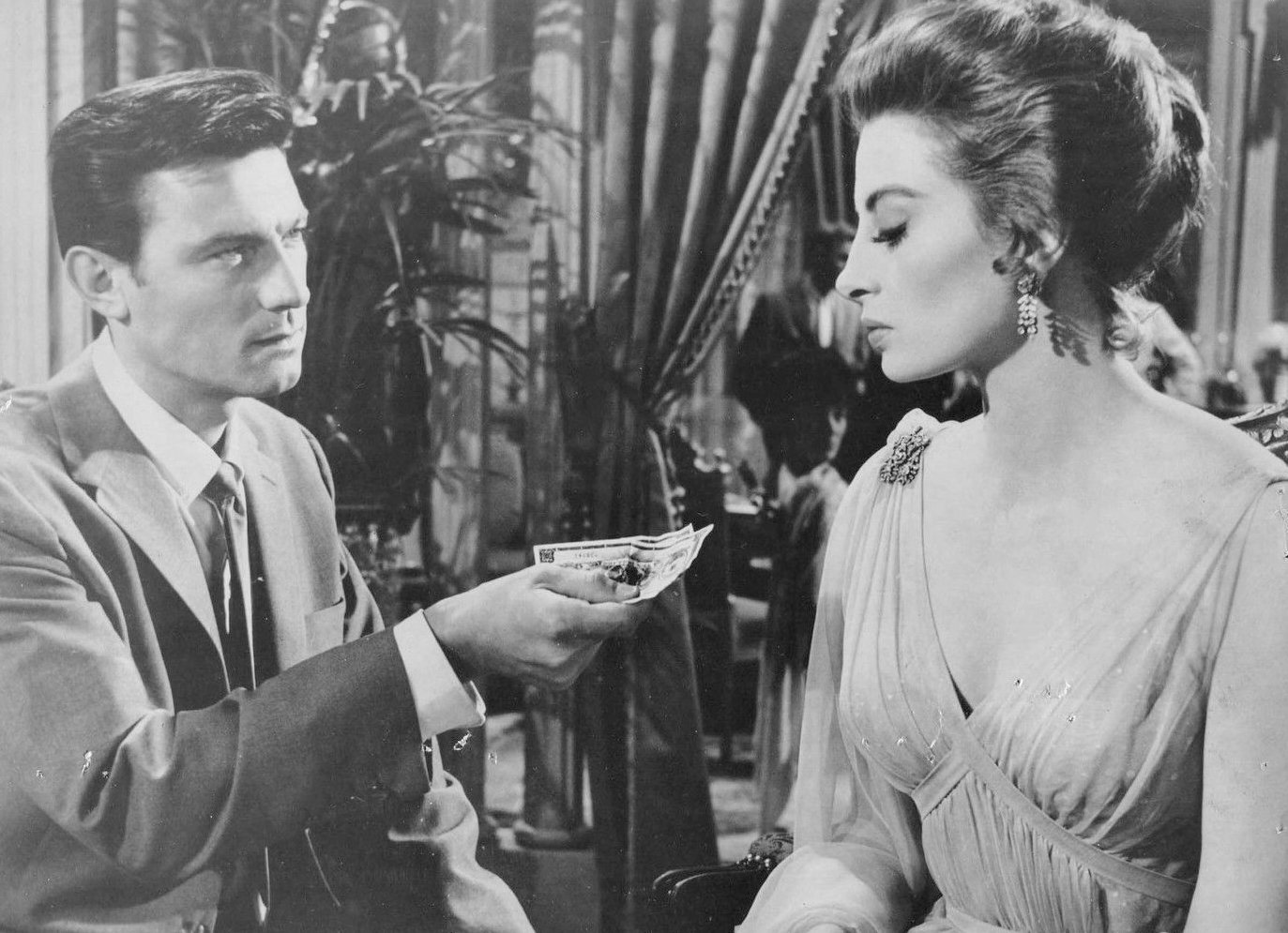 But that the black cat who stars in these titles is a he and not a she does offer a fascinating spanner in the works when it comes to the more straightforward readings of the centrality of the cat in regards to the film itself. Sure, it may have just been one of those days in the feline casting office – maybe many talented and qualified lady black cats applied for the gig but lost out to this guy (ain’t it always the way?). Certainly critics more broadly have largely read both the black and white cats as female. In another book – Michael Belancourt’s Title Sequences as Paratexts: Narrative Anticipation and Recapitulation from 2017 – he sees the sequence “as an allegorical presentation of the conflict between Jo (Barbara Stanwyk) and Kitty (Jane Fonda) for viewers who already know the fabula”. Certainly the association with Kitty feels natural enough, for she is involved in a catfight – another informal term, this time referring to a physical fight between women – near the end of the film to cause a distraction so Hallie (Capucine) can escape to see Dove (Lawrence Harvey). But that the cat itself is actually male, even if we cannot tell from the visual information provided in Bass’s credits (thankfully, may I add), this regardless feeds into the film thematically in a much bigger way. A key text in queer film history, while hardly a particularly positive representation, Walk on the Wild Side is notable if only for its undisguised focus on a lesbian relationship, that between Hallie and Jo.

As revered film critic Raymond Durgnat wrote in the journal Films and Filming in August 1968, Bass was subcontracted for this particular gig and describes the sequence as “The Secret Life of a Family Pet, along the gutters of the night”. This is a nice way to situate what is framed in the film at least as Hallie’s supposed fall from grace, shifting from the idealised world of heteronormative monogamy that Dove represents, and turning instead to sex work as a queer woman. “The Secret Life of a Family Pet, along the gutters at night” speaks of the domesticated becoming undomesticated. Again, while the film paints neither sex work nor queerness in a particularly flattering light, there is something in the transformation from woman-as-family-pet to something else (whatever that may be) as potentially subversive, even though the movie itself doesn’t travel along a particularly optimistic line of thinking once it starts down that road. 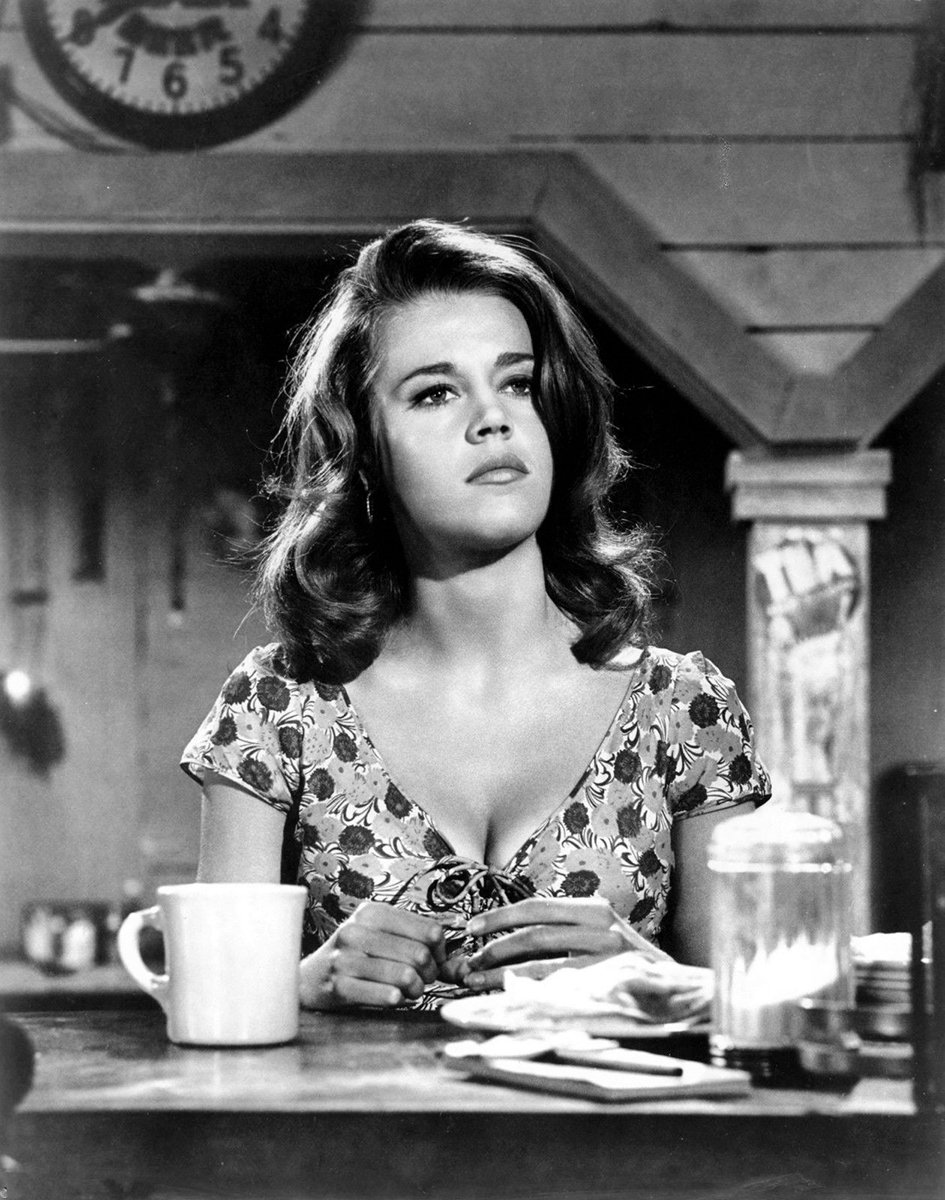 While broadly considered one of his most striking and powerful opening titles, there is then more in Bass’s Walk on the Wild Side sequence than potentially meets the eye. With that black cat bookending the film, as those paws hit the streets, there is a promise of moving on, of escape, albeit hopefully to a future a little brighter than the one presented for the characters here. A Saul Bass opening credit was and remains the only stamp of approval a film needed to become unforgettable, carved in film history. While not every film he worked on was a masterpiece, from Billy Wilder’s The Seven Year Itch (1955) to Alfred Hitchcock’s Psycho (1960), the films Bass worked on as a title designer are eye watering based on their directors alone, whom amongst their numbers included Robert Aldrich, William Wyler, Stanley Kubrick, Robert Wise, John Frankenheimer, Penny Marshall, and Martin Scorsese. Wilder and Hitchcock especially he would work with numerous times, and likewise was the case with the man who was largely responsible for Bass working in film at all – Otto Preminger. Preminger was the first filmmaker drawn to Bass’s work and it was through him that he got his first title gig on Carmen Jones in 1955. And from there, Bass produced the work that has garnered him the reputation of arguably the greatest film title auteur of all-time, with the Walk on the Wild Side credits remaining amongst his most celebrated.

Saul bass Walk on the wild side