How do serial killers pay the rent?

Sure, you get some killers like Henry, of Henry: Portrait Of A Serial Killer fame, who don’t bother with a fixed address, and others like the Sawyer clan from The Texas Chainsaw Massacre who already own their own home and don’t need to worry about angry landlords or even utility bills, but the rest of them?

Even the scariest serial killer needs a place to sleep and a way to put food on the table. That means they’ll need a day job.

Plus, some jobs come with perks. In honour of the release of Jill Gevargizian’s The Stylist on ARROW, in which a lonely and frustrated hairdresser employs the tricks of her trade to both meet and dispatch of her victims, here are eight everyday jobs that (fictional!) serial killers managed to hold down, as well as racking up a body count: 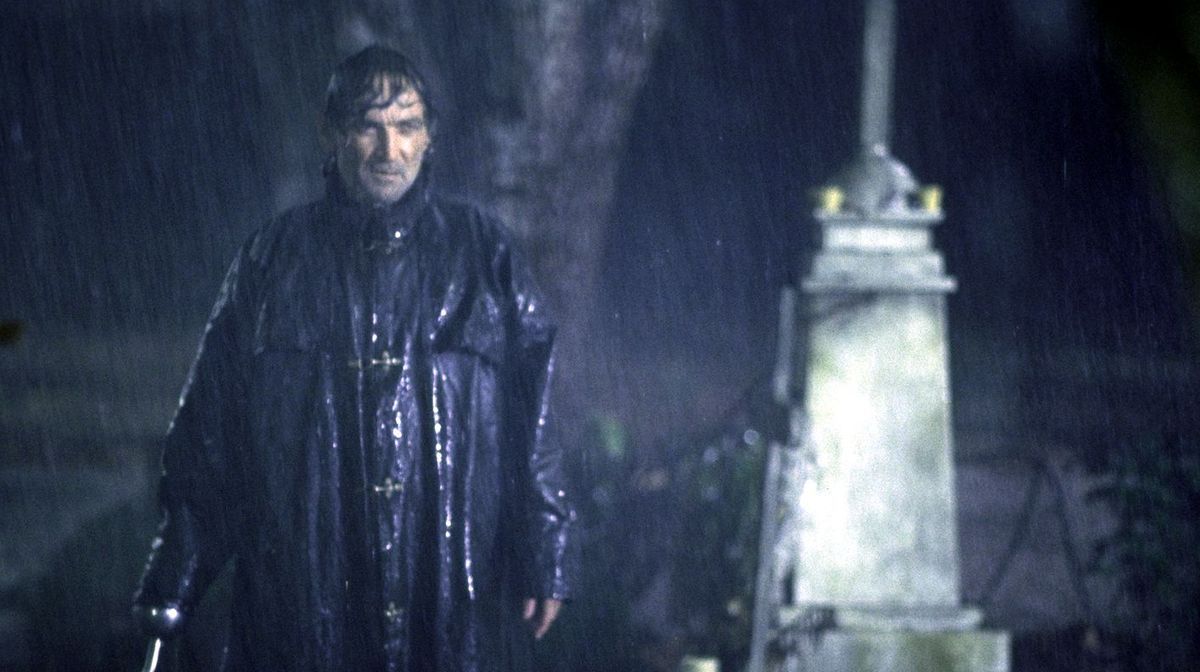 Heard the one about the serial killer with the hook? In Ben Willis’s case, the hook wasn’t just an affectation, or even an unfortunate prosthetic, but a tool of the trade. As a fisherman, he had access to all sorts of scary-looking equipment, from hooks and knives to rope, all of which he could reasonably walk around with, without raising suspicion.

That giant ice box in his boat’s hull – intended for storing his catches, and keeping the fish fresh – also turned out to be handy on his killing spree, too. Hard to think of a downside, really, unless it’s that the all-pervasive smell of fish might’ve alerted potential victims to his presence. 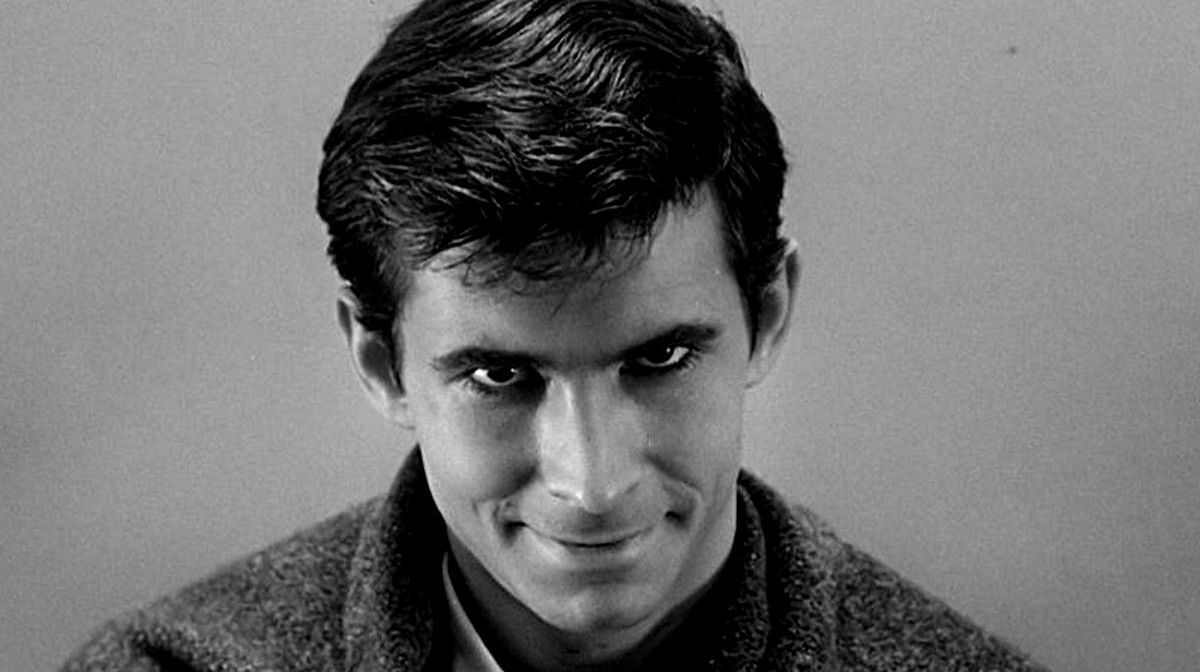 Norman inherited the family business after his mother, um… died. Bates Motel’s location meant that most of its rooms were usually empty, but that turned out to be ideal for Norman’s purposes: with so few guests, he was able to run the place alone, and even find time to explore his interest in taxidermy. And as the kind of motel that only really attracted fairly desperate or down-on-their-luck travellers, it was also ideal for his other, more private hobby of serial killing.

Especially when, like Marion Crane, they could pay in cash. 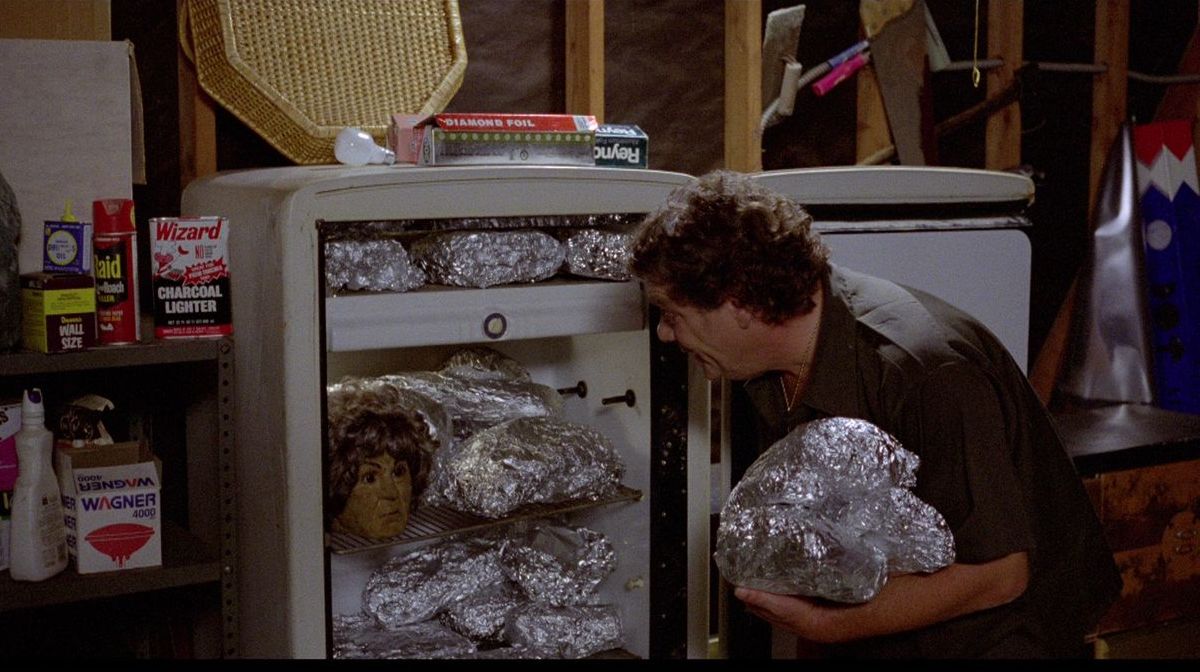 It’s not hard to come up with a few obvious advantages to working in construction for would-be killers: firstly, there’s the easy access to various potentially lethal tools, then there’s the opportunity to dispose of incriminating bits and pieces beneath unlikely-to-be-excavated foundations, and even the chance to travel, to move away from the scene of former crimes and onto the next.

But for Microwave Massacre’s Donald, the best part of the job turned out to be his co-workers. His hungry, sandwich-loving co-workers… 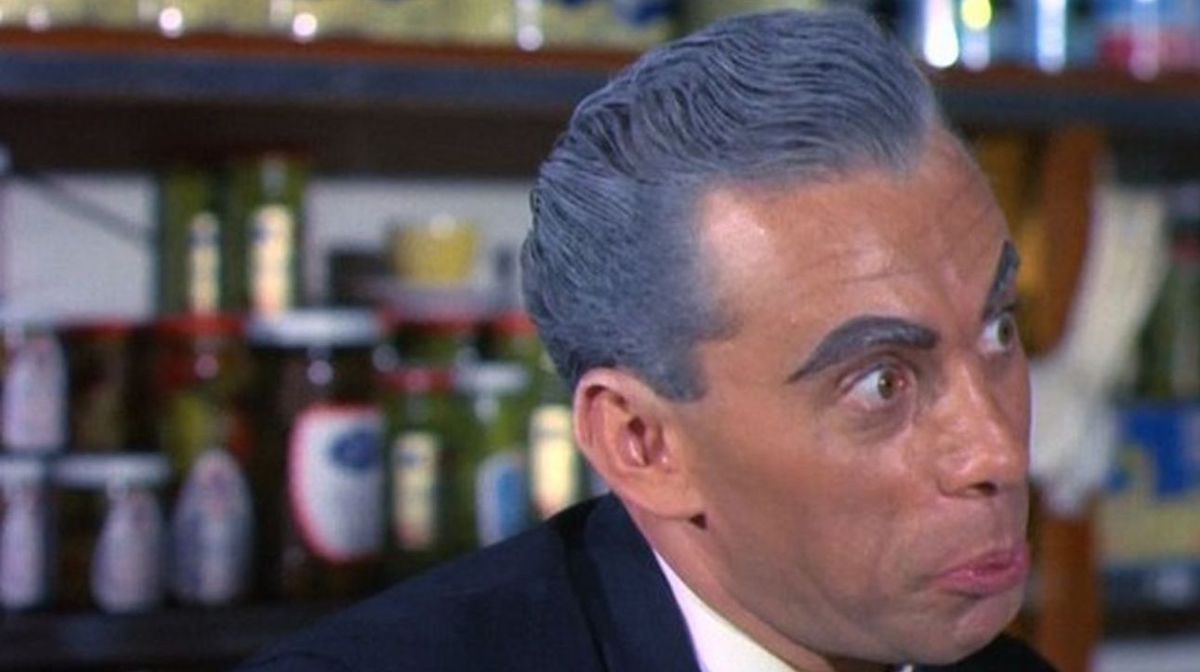 Speaking of hunger, it turns out working in the food service industry isn’t unusual among the psychopathically inclined. In Blood Feast, the Fuad Ramses Exotic Catering Service makes murder part of its business: Ramses is aiming to recreate a legendary 5,000-year-old feast that requires a whole vat’s worth of virginal body parts, so getting hired to cater a teenager’s birthday party is just good business sense. At least, as long as the business plan doesn’t rely on repeat customers or word-of-mouth. 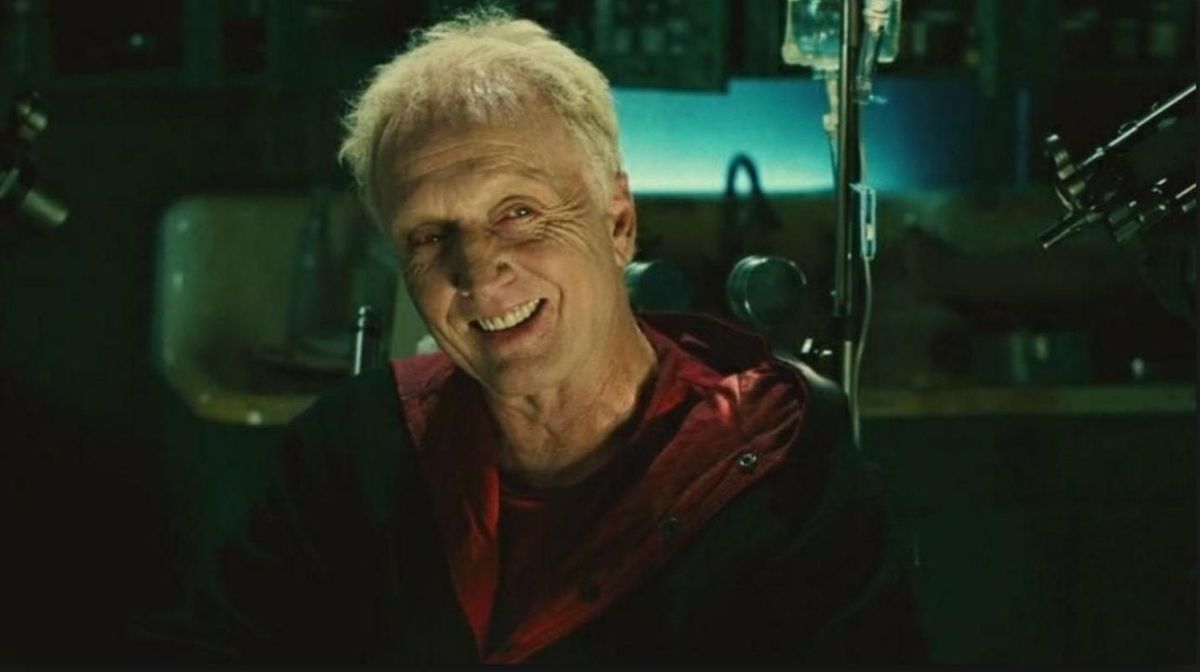 No, me neither, but it turns out civil engineering is all about planning, designing, and implementing infrastructure – making sure that newly constructed buildings are properly hooked up to power, water, and sewage systems, looking at transport links, all that kind of stuff.

Basically, it’s about figuring out how things fit together and what the consequences of an action might be. It’s no surprise that Saw’s very own Jigsaw killer, John Kramer, was pretty successful at it. The same mind that could anticipate how multiple people locked into one trap would interact, and build death-traps accordingly, would undoubtedly have found figuring out traffic flow in major urban areas a piece of cake. 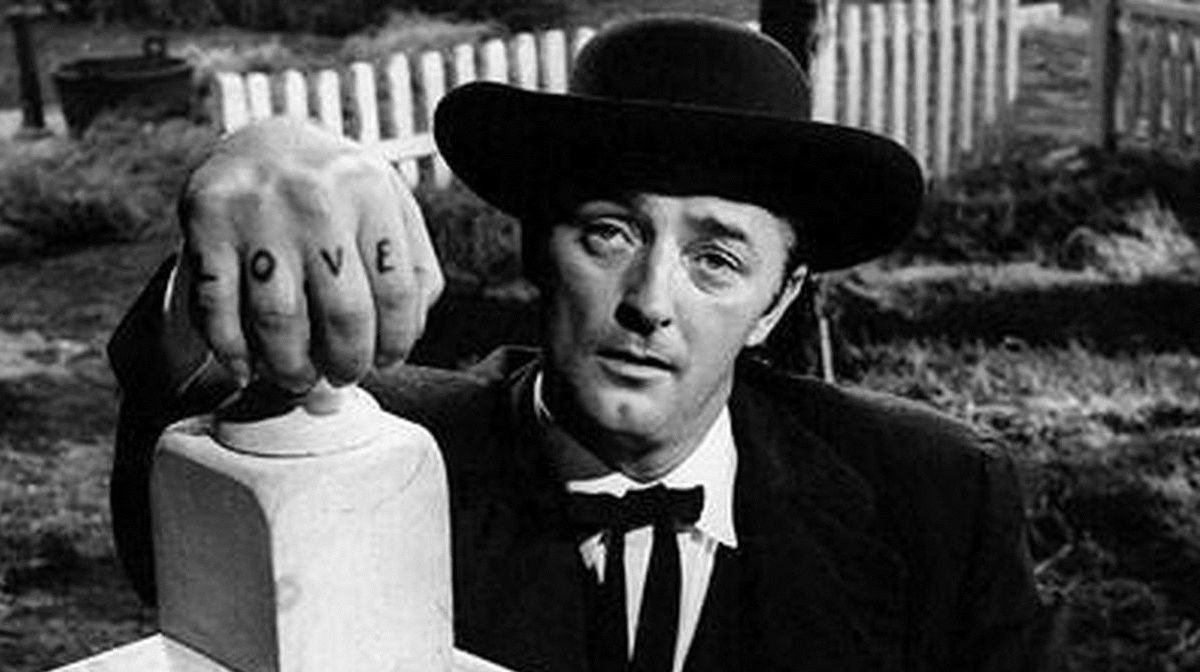 Night Of The Hunter’s “Reverend” Harry Powell would probably have made a great salesman, too, because that’s the skillset he’s really tapped into with his travelling preacher gig: the gift of the gab. With no qualifications, no references, and no ties to anything, he moves from place to place, charming new congregations, seeking out the vulnerable, and then convincing them to trust him.

Specifically, he convinces rich lonely women to marry him before killing them and moving on, but it’s not hard to imagine him setting up his own commune or maybe just a multi-level marketing company. Give him five minutes in a room with someone and he’d con them out of their life savings. Terrifying. 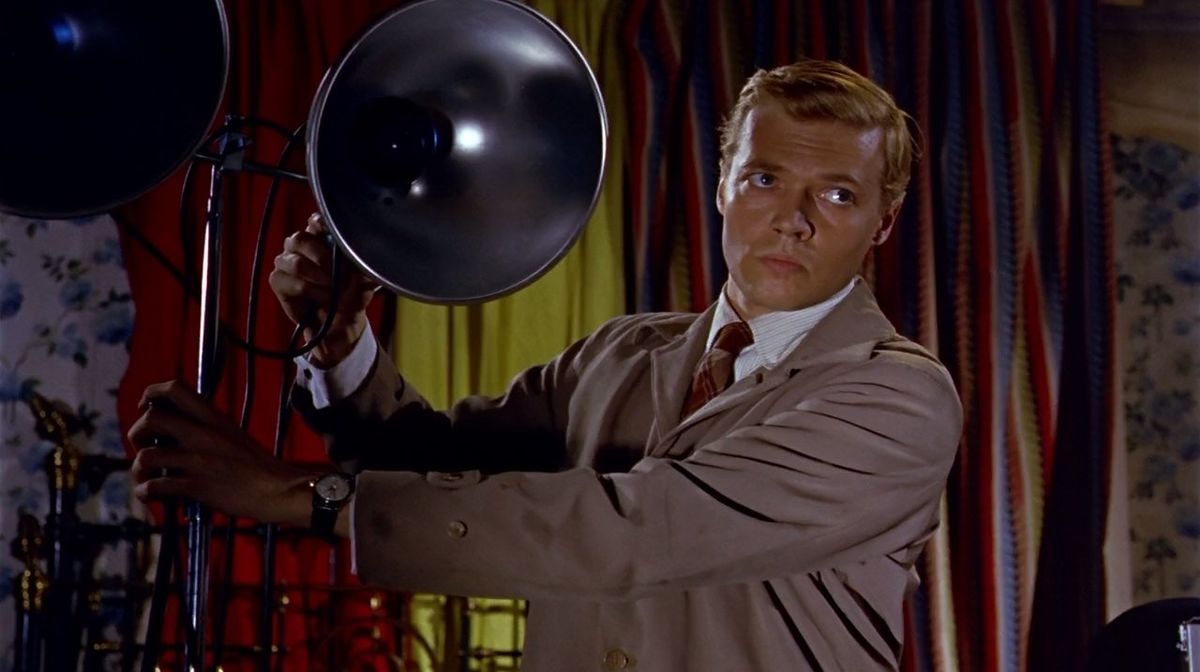 Of all the jobs on this list, this might be the most creative. In Peeping Tom, Mark worked as a jobbing photographer/camera operator across a variety of different projects, dreaming of one day becoming a full-blown filmmaker. His particular passion? Capturing the expression of a terror on a woman’s face at the precise moment she realises she’s going to die. It’s an aesthetic taste that, arguably, quite a few horror directors share – but unfortunately, in Mark’s case, his killer camera makes sure his muses don’t survive the experience. Probably not a sustainable career in the long run, then. 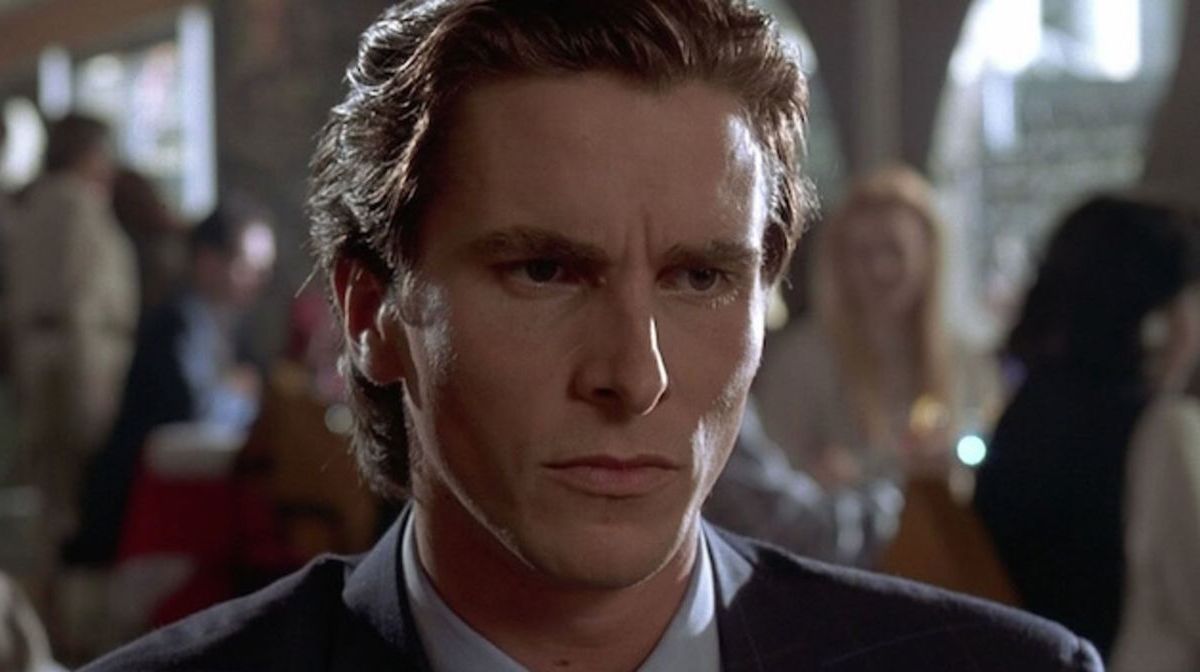 Granted, he never seemed to do much work, but American Psycho’s Patrick Bateman was employed as an investment banker on Wall Street, working for mergers and acquisitions specialists Pierce and Pierce. A cut-throat business where the nastiest thrive, it’s the ideal environment for a sociopath like Bateman.

And if all the business card shenanigans told us anything, it’s that, in that world, image is everything. Being able to convince people to make bad decisions and then having absolutely no remorse when things go wrong? It actually might be the perfect job for a serial killer.

(It’s also really well paid, which comes in handy for when all those dry-cleaning bills come in. Getting the bloodstains out of your Gaultier is no joke.)

So Many Legs, So Much Meaning: An Introduction to…