Francis arrives at the intriguing home of JP, his childhood friend who appears to be suffering with an affliction, and his reclusive twin sister Vivian. As the friends catch up, a series of bizarre incidents take place and numerous questions begin to get raised.

Using Edgar Allen Poe’s The Fall Of The House Of Usher as a launchpad, Picard has put an entirely fresh new spin on the classic gothic story while retaining it’s mysterious and atmospheric core.

We caught up with Patrick to discuss his experience making the film and how it came to be.

Arrow: You began your career by doing a number of shorts. How useful was having that experience when it came to directing The Bloodhound?

Patrick: I did a number of shorts when I was at the American Film Institute. The important thing is that I worked with the same collaborators with which I eventually made The Bloodhound. They all knew what I was after by the time we made a feature.

Arrow: You’re both writer and director of The Bloodhound which is partly based on the Edgar Allen Poe short story The Fall Of The House Of Usher, what was it about that story that particularly inspired you?

Patrick: It was the first couple of pages. I liked the opening mystery: going to a strange house where an old friend is waiting. It had the feeling of a dream.

Arrow: Did you watch previous adaptations of The Fall Of The House Of Usher or did you want to keep your vision separate?

Patrick: That didn’t interest me so much. I looked at parts of them later on— out of curiosity— but they weren’t important to me in making this film. It was really those first couple pages of the short story.

Arrow: Are there any other literary adaptations you would love to work on?

Patrick: I’d have to look at my bookshelf! It would probably need to be something I could be completely unfaithful to. 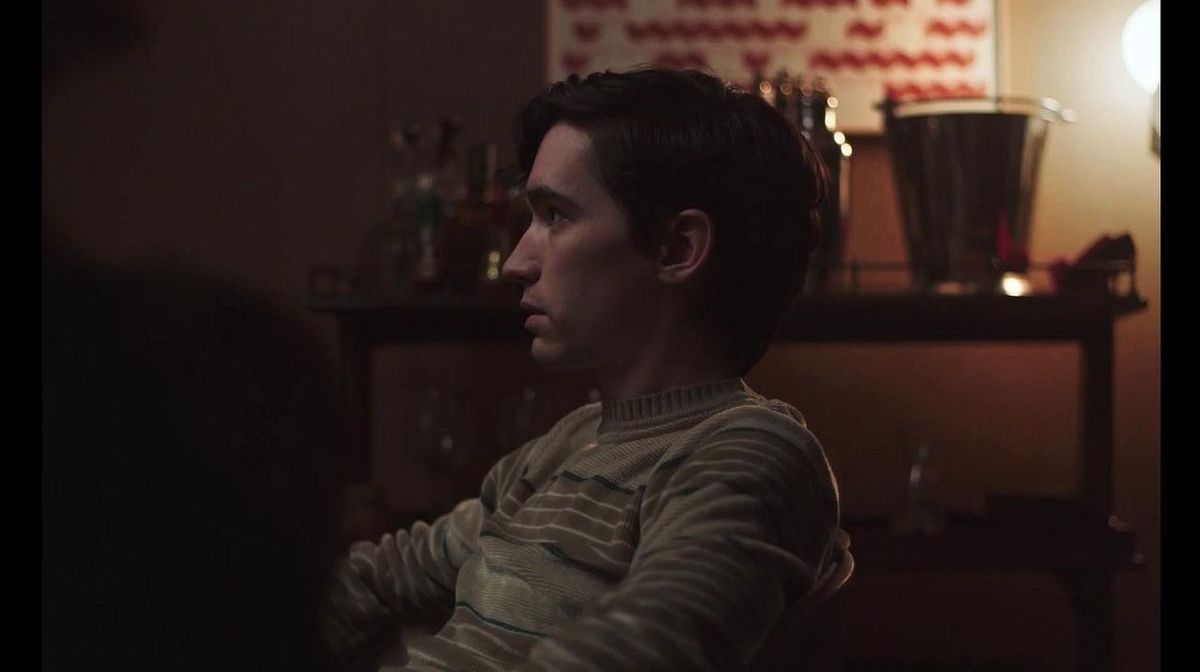 Arrow: Among the producers are Thomas R. Burke and Leal Naim, who worked on Synchronic and The Endless. How did you get involved with them on this project?

Patrick: Like virtually everyone else on this project I met Tom and Leal at the AFI. I sent them the script of The Bloodhound and they liked it immediately.

Arrow: Can you tell us more about the location? It’s a stunning, modernist building and an intrinsic part of the film. Was it always your intention to film there or was it discovered in pre-production?

Patrick: I’d previously made a short film in another Neutra in West Covina and became fascinated with Neutra’s work. I knew that I wanted to make The Bloodhound in a legitimate modernist home. I investigated the great trove of LA modern homes pretty thoroughly and finally decided on the VDL —which is where Neutra actually lived. He had arranged for there to be intercoms in every room — you could lie in bed and ring for someone to bring you a cookie.

Arrow: What was it about the Neutra VDL Studio that made you realise it would be the perfect setting for The Bloodhound?

Patrick: It had the perfect blend of cold modernism with a soggy patina. The home has really beautiful features but it’s not in perfect condition. Some of the plywood is peeling, the carpets are a bit discoloured, the linoleum is warped, certain built-in lighting features no longer work. It had a slightly “off” quality because it’s not an inhabited residence. The home is essentially a museum. The problem with many other modernist homes in Los Angeles is that they’ve been updated so much, and in sometimes such undesirable ways, that they no longer have a patina and a sense of history. They’re too nice. It was an incredibly difficult home to film in from a technical perspective, but it paid off.

Arrow: You’ve expressed an interest in the role of silence and its impact when used at the right moment. How do you choose those times to let the scene linger? Do you typically write it in the script, work it out on the set or see how it looks when editing?

Patrick: All three. You’re looking for a chance to open things up to something mysterious. You’re allowing something to enter the world of the film — sort of like an invocation.

Arrow: The two leads Joe Adler and Liam Aiken have great chemistry together. How did you find working with the both of them and achieving that sense of a long lost friendship?

Patrick: Both have very different approaches to acting. It proved to me that there’s no good generic approach to working with actors. It was fairly easy to collaborate with them, thankfully. They had to project a lot of backstory when hardly any is given in the script.

Arrow: There’s a very palpable tension throughout the film with the soundtrack enhancing the foreboding atmosphere. How did you decide on the music and it’s style?

Patrick: I sort of knew I wanted something that sounded like Morton Feldman and our composer, Ali, understood the idea immediately. What’s nice about something like Feldman is that there’s not a lot of familiar melody in it which leaves you with a sense of unease. You don’t know quite how to read the situation— which is something I was very interested in.

Arrow: How was your overall experience directing a full-length feature for the first time?

Patrick: It wasn’t all that different from making a short. The only real surprise was the duration. During the filming alone you have to really keep up energy. I’d recommend bringing a large thermos of coffee.

Arrow: Have you got any projects coming up? And what would be your dream project?

Patrick: Yes I have a project in the works but I don’t want to talk about it yet. As far as dream projects go, I’ve always thought it’d be interesting to do something about WWI — but that would require destroying large sections of meadows and forests in western Europe just to have a convincing battlefield. I don’t know if I could live with myself doing something like that and that’s why it would be my dream project. I don’t even kill bugs I find in the house — I catch and release.

The Bloodhound is available to watch on ARROW and the Blu-ray edition is released on March 22.