How did you meet Powell and Patrick and become involved in the project?

We met during college at USC. I Assistant Directed a teaser for their first project as co-directors together Bastard. Later they approached me about producing the feature form of Bastard as well. We’ve worked together in various capacities since, and have always been aiming to hop on another feature. Threshold was really us finally deciding that if it wasn’t happening through outside forces, then we would take what we had and make it happen ourselves. Bastard was a major learning and bonding experience for all of us, and Threshold was us getting the band back together.

What most excited you about Threshold?

I was enthralled by the idea of not having a true ending, and finding the story as we went. Also from a producing stand point, it seemed like a great opportunity to be able to sink my teeth in in a creative capacity as well. Everyone had a hand in “writing” a bit of the story and shaping the characters. It’s not something you always get to do as a nuts and bolts producer. The whole team was full of sharp, brilliant collaborators, so to be able to play in that sand box was an experience I couldn’t pass up. 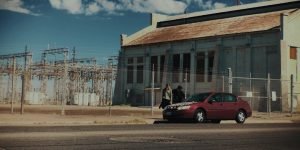 Shooting Threshold (2020) on the road

What did you see as the biggest challenge in making the film?

The biggest challenge was actually some of the day to day small things. With no time or money, you want to be able to support the team, but resources are limited. Staying together in the form of a real life road trip, packed in two cars with gear, tight lodging, working odd hours to capture natural light- in places we didn’t really own, and also being fuelled solely by road food took a quick mental toll. Doing it with anyone other than the group we did it with could have fallen apart rather quickly.

How much location preparation was done ahead of shooting?

Powell and Patrick knew the final AirBnb they wanted to film at, and we had an idea of some spots in Utah. We also knew the general route and landscapes we wanted to hit- desert, woods, etc. The rest was really on the fly. We would often drive and point out something on the way that looked right. We would rehearse there, wait for the light to be right, film it in about 20 minutes and move on. On the road I was usually searching for motels, AirBnB’s, bars, etc, anywhere else that we needed was Google’d on the way.

How was your experience on Threshold in relation to other films you’ve worked on?

Threshold was much more improvised, in every regard, to any other production I’ve done. While we had detailed planning about characters and the first points of the story we wanted to hit, the rest was really about being able to work on the go, and also a fair bit of luck. Even our “cameras” were an experiment for all of us. We hadn’t shot on Iphones before, and we were learning as we went about their capabilities. Of course this had its ups and downs, in most aspects. But for me as a type A personality, a major take away, was how much creativity and beauty you can allow to happen, when you aren’t necessarily sticking to a course that’s every moment is plotted out from A to B. 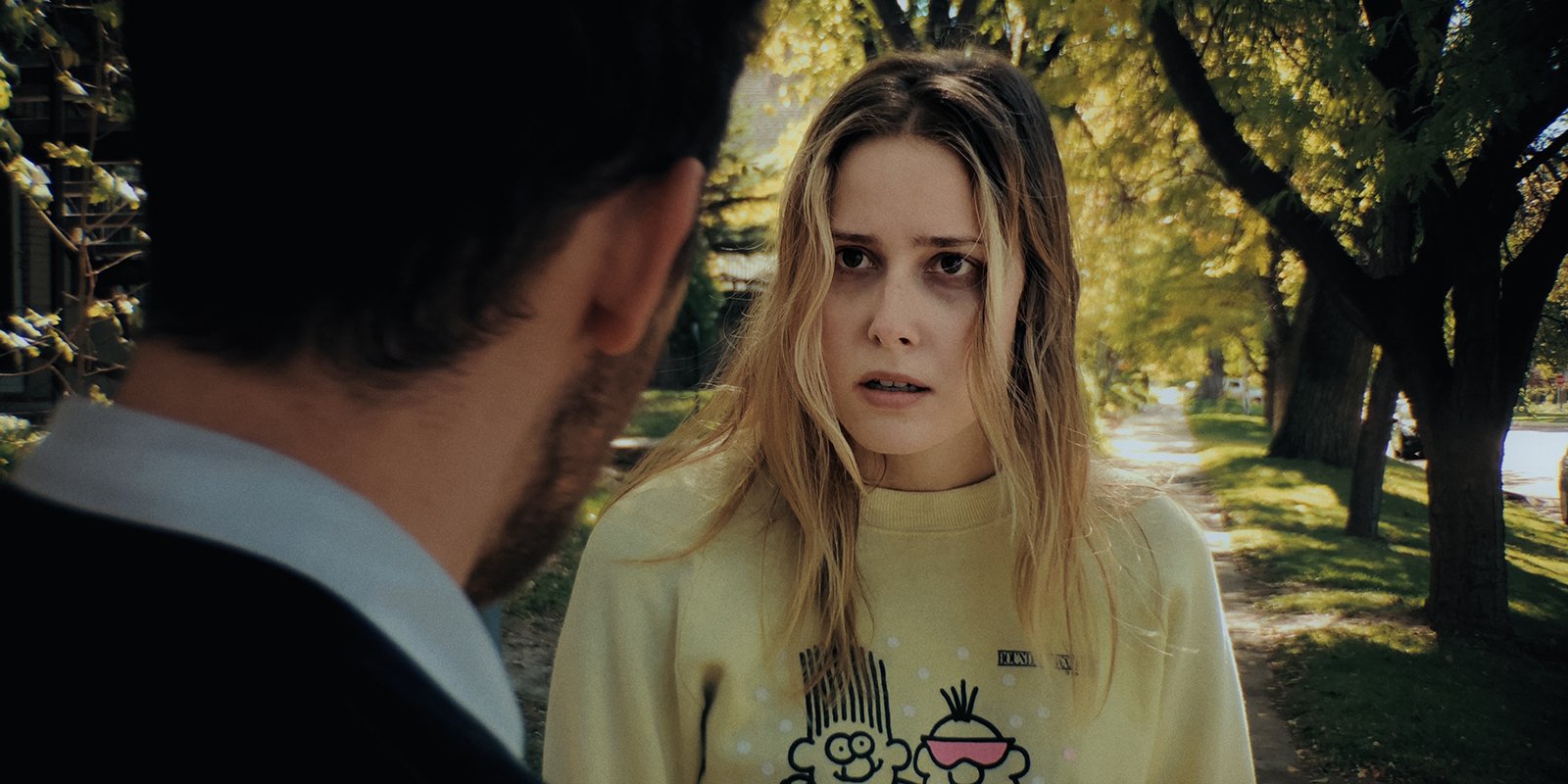 Madison West as Virginia in Threshold (2020)

It feels like the process of making a film has been made more accessible to more people as Threshold helps prove that a film can be made using affordable technology like a phone. What effect do you think this will have on the film industry?

My biggest hope is that we start seeing more and more diverse content in the film world. As accessibility increases, I hope we hear more stories than what a standard funded film and production process produces. I think I speak for the whole team when I say some of our favorite films are cult, B-movies, oddball stories. I also think that “indie” movies are becoming so out of reach for new filmmakers. A million dollar budget is now micro in comparison to some of what is currently labeled “indie.” I hope that Threshold shows our peers that you can still work in an indie process, without millions of dollars and at least one big name. There’s so much talent out there, and there should be other avenues out there to match it.

In light of an increasing number of streaming services becoming available, have you found this has provided more opportunities for independent film-makers to get their work seen by a wider audience?

I think as they emerge, we are finding amazing partners like Arrow, who support and geek out over the whole filmmaking process. Niche services are able to target the right audiences, and represent a more diverse array of content. On the flipside, there are so many services that pop up and disappear overnight, you need to make sure you have a partner that’s not just there to grab your film and bury it or just bank a bunch of content and then vanish. Arrow is really the best thing that could have happened to Threshold. They care about the film and have carved an amazing path for it.

Threshold is available on Blu-ray.