Within the broad melting pot that is 1960s Japanese pop-culture, no other genre fare so represents a perfect marriage of folk heritage and mainstream entertainment as the Yokai Monsters (Yōkai Sanbusaku) trilogy. These three remarkable films from the legendary Daiei Film. Co. – 100 Monsters (Yōkai Hyaku Monogatari, 1968), Spook Warfare (Yōkai Daisensō, 1968), and Along With Ghosts (Tōkaidō Obake Dōchū, 1969) – take their initial cues from a rich tapestry of Japanese mythology and folklore dating back centuries, then richly embellish them with inspiration from two of Japan’s pop-culture juggernauts of the decade: the works of manga artist and folklorist Shigeru Mizuki, and the booming kaiju-eiga and tokusatsu movements. The result is a highly entertaining and meticulously crafted trilogy that has – not unlike their titular creatures – subtly influenced the landscape surrounding them, despite remaining largely unseen outside of their homeland for decades.

In order to render Japanese mythology and folklore more palatable to Western sensibilities, yokai themselves are broadly compared to demons, ghosts, and goblins – but this isn’t strictly accurate. The word itself can literally translate to “strange apparition” (comparable to “kaiju” literally translating to “strange beast”, despite more broadly used today to refer to a giant monster of Japanese origin), with the Western notion of a “spectre” being the closest equivalent definition. Likewise, yokai are not singularly-motivated, and their behaviour is dictated by a diverse range of factors. 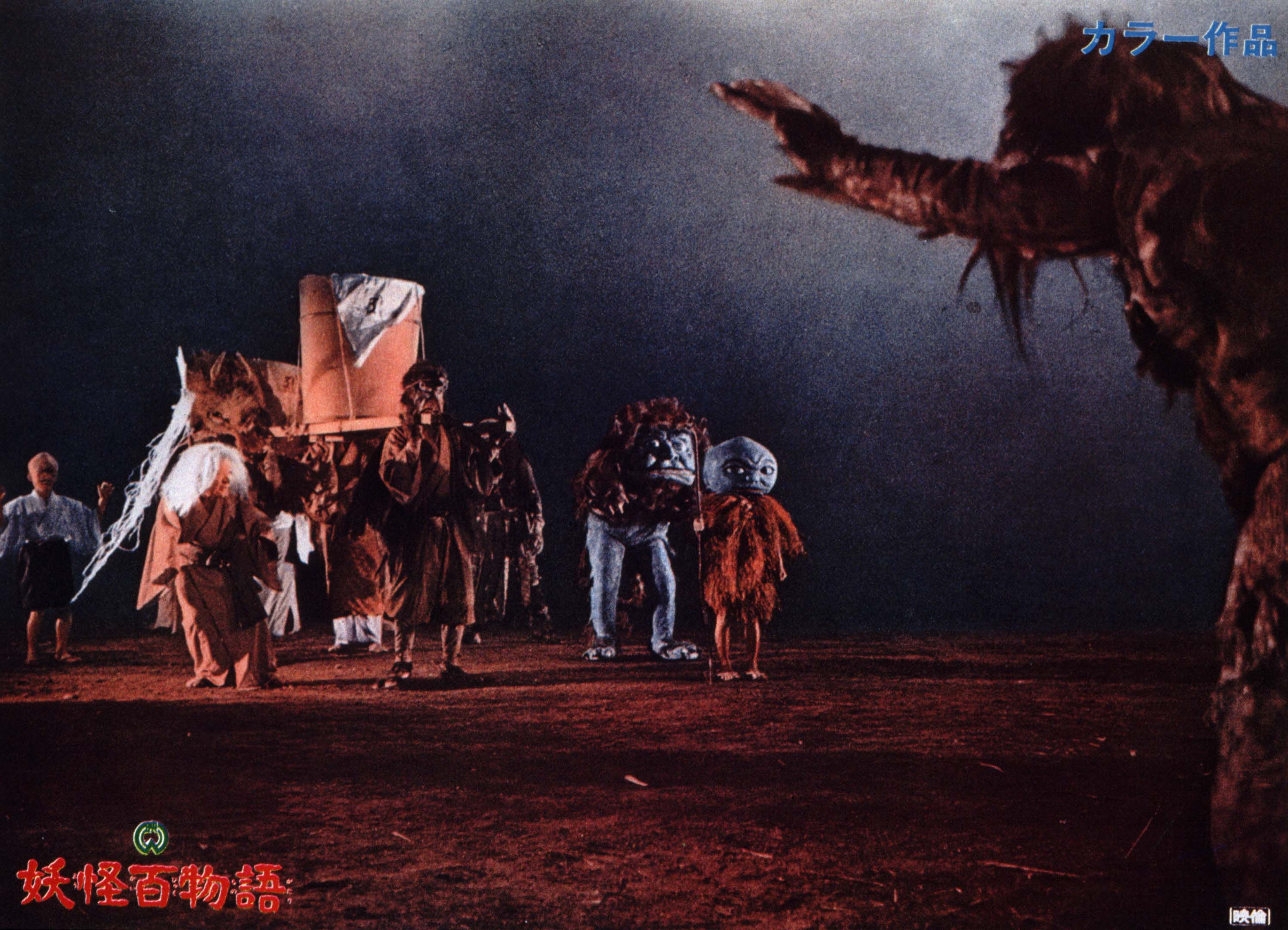 Equally mischievous and malevolent, yokai are just as likely to aid humans in need as they are to dish out vengeful retribution to the wicked. Shapeshifting is a common trait among yokai, as are animal features and the appearance of inanimate objects, the most famous of which is kasa-obake, which resembles a one-eyed, one-legged umbrella (and features as one of the trilogy’s central spectres). Being deeply ingrained in Japanese cultural heritage, it was practically inevitable that yokai would find a foothold in modern pop-culture, and go on to influence it in-turn.

Spook Warfare, the most critically-revered and popular of the trilogy, shares some remarkable parallels with another (albeit much more well-known) all-out monster extravaganza: Ishirō Honda’s Destroy All Monsters (Kaijū Sōshingeki, 1968), from rival studio Toho and coincidentally released the same year. Both films feature Japan’s once-feared native monsters uniting as one unstoppable army to defend the homeland against an invading enemy: in Destroy All Monsters, Godzilla and the gang take on the three-headed alien menace King Ghidorah, whereas yōkai from across Japan unite to drive out the Babylonian demon Daimon in Spook Warfare.

Likewise, Isao Takahata’s Pom Poko (Heisei Tanuki Gassen Ponpoko, 1994) features a community of shapeshifting tanuki who band together to drive out invading humans intent on developing their forest lands. One attempt to scare off the trespassers involves staging Hyakki Yagyō, a ritual in Japanese folklore roughly translating to “Parade of One-Hundred Monsters”, from which the first Yōkai Monsters film borrows its title. 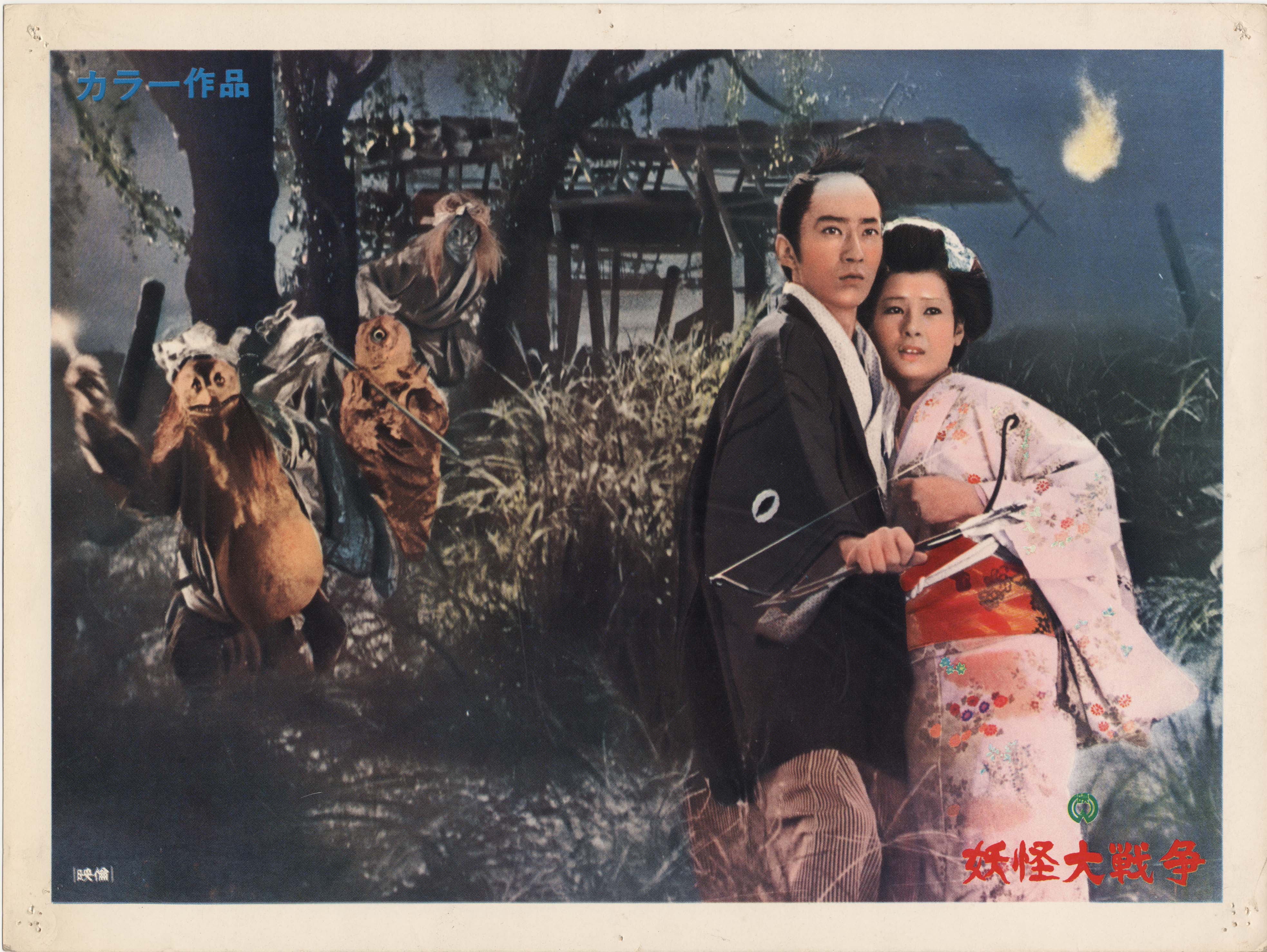 The trilogy’s influence reaches beyond Japan, and perhaps helped shape one of the most iconic American horror films of all time. Director William Friedkin regards Kaneto Shindo’s Onibaba (1964) as “one of the most terrifying films I’ve ever seen”[1], and even allegedly based the appearance of Pazuzu– the malevolent entity who possesses Regan MacNeil (Linda Blair) in The Exorcist (1973) – on the masked demon from Shindo’s film. With Friedkin’s appreciation of J-horror in mind, it is entirely possible The Exorcist also owes a debt of influence to Spook Warfare, particularly in their strikingly-similar opening sequences and proceeding stories of demonic possession. Both films open with visually-striking prologues depicting dig sites in ancient Mesopotamian cities – Hatra in The Exorcist, Ur in Spook Warfare – inadvertently unleashing an unspeakable evil which proceeds to cause havoc in a foreign land.

Further parallels regard both films’ portrayals of their respective demons – Pazuzu and Daimon – being derived from Babylonian and Assyrian mythology. Daimon could even be considered an earlier cinematic portrayal of the mythological Pazuzu – known as a bringer of wind, storms, and drought – as the creature’s revival in Spook Warfare is heralded and accompanied by torrential thunder and lightning, with the demon soon making its way to Japan carried through the sky with winds at its command. Both also share a knack for violent bodily possession: just as Pazuzu takes Regan as its vessel, Daimon first possesses Lord Hyogo Isobe (Takashi Kanda) and later Iori Ohdate (Osamu Okawa). While none of the Yokai Monsters films received any kind of significant release in the West until 2003, it isn’t inconceivable that someone as well-connected as Friedkin may have been privy to an earlier screening or two. 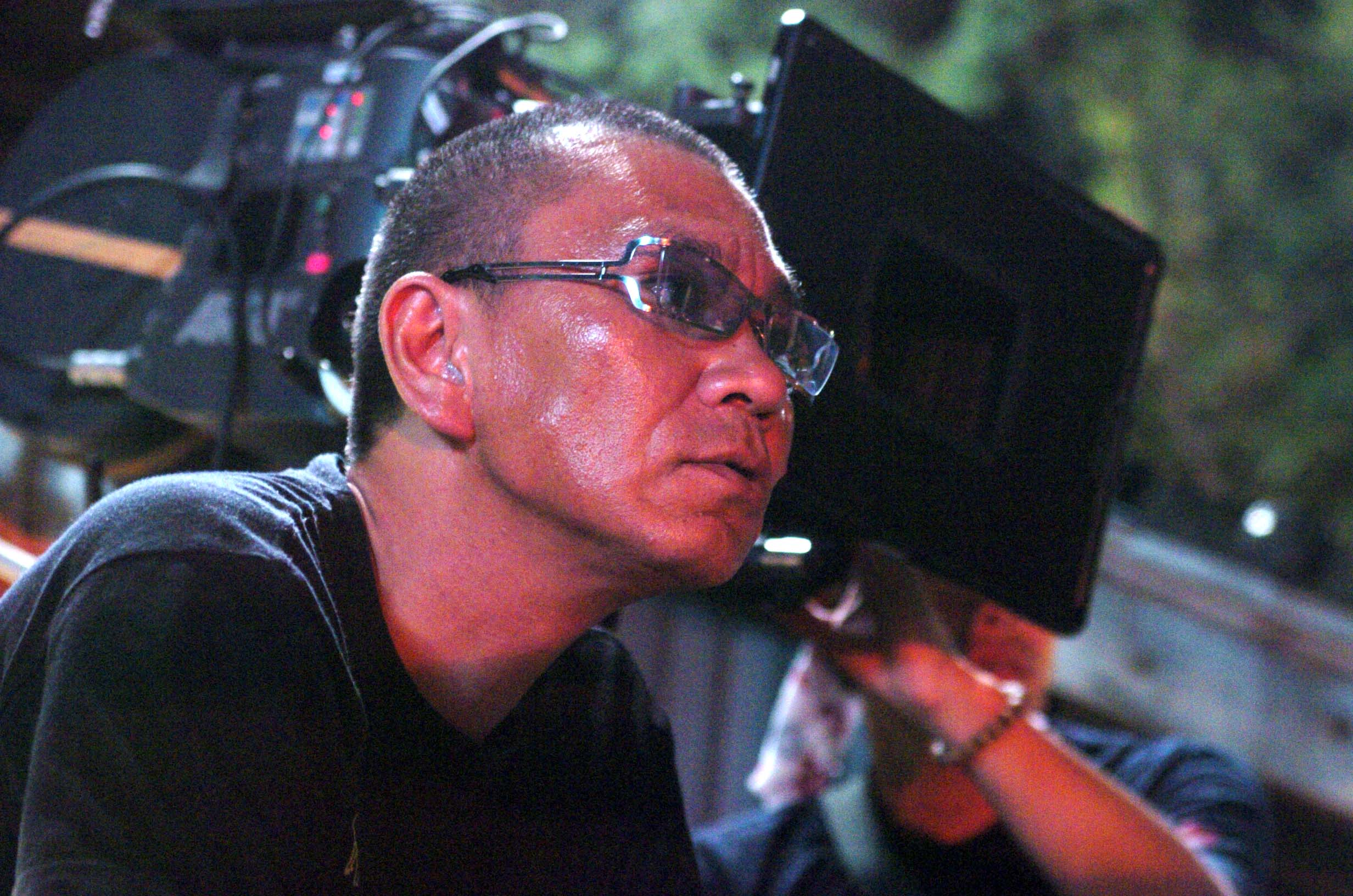 A much more traceable directorial through-line exists in the form of Takashi Miike’s The Great Yokai War (Yōkai Daisensō, 2005). An epic, balls-to-the-wall quasi-remake of Spook Warfare (incorporating elements and iconography from 100 Monsters and Along With Ghosts as well), Miike’s film draws much more directly on the works of Shigeru Mizuki, who even appears in the film as a wise elder yokai, referencing his experience and expertise on the subject. Miike is set to release a sequel this year, The Great Yokai War: Guardians (Yōkai Daisensō Gādianzu, 2021), which will also feature the big-screen return of another iconic Daiei spectre: the towering stone idol Daimajin, whose original films (all 1966) share with the Yokai Monsters a marriage of jidaigeki and the fantastic, integrating into samurai action elements of kaiju-eiga, J-horror, and the supernatural. To that end, it is fitting that they will share a big-screen return.

The unsung, decades-long influence of the Yokai Monsters films has led to a relatively mainstream interest in the strange apparitions. In Japan, the Yo-Kai Watch (Yōkai Wotchi) video game series enjoys continued popularity, meanwhile elsewhere in New Zealand, the avenging spirits even warranted a name-drop (and brief cameo) in an episode of Jemaine Clement and Taika Waititi’s Wellington Paranormal (2018). With a new Yōkai Monsters feature on the way, there’s never been a better time to discover (or revisit) Daiei’s original iconic trilogy. 100 Monsters, Spook Warfare, and Along With Ghosts represent a cultural touchstone of late 1960s Japanese pop-culture that transcend (but never betray) their unique national identities to represent truly universal fables of justice and the unjust, tradition against modernity, and the follies of greed and corruption.

The Yokai Monsters Collection is available from Arrow.

[1] Adrian Van Young. ‘‘Exorcist’ Director William Friedkin Told Us Why the Film Is Such a Classic’ In Vice (Web. https://www.vice.com/en/article/ppxwmk/revisiting-the-exorcist-with-director-william-friedkin-1030, 2015)

The Demonic Possession of Dementer