As the excess of the 1980s gave way to a new decade, major filmmakers and independent directors looked at the intensifying violence in cities like New York and turned the dark side of humanity they saw there into lasting commercial art. The crime drama shifted early in the decade to something more vicious and almost nihilistic in its mercilessness. Gone were the days of the ‘upstanding gangster,’ the character who could somehow come out of crime films as an anti-hero due to his higher moral standards or even a moral message doled out in the final act.

Films like New Jack City and GoodFellas centered the bad guys, upped the body counts, and revealed the lengths that men would go to in order to take and hold power. One of the most dynamic and memorable films of this era came early in 1990 with the release of Abel Ferrara’s King of New York, a riveting showcase for Christopher Walken accompanied by an ensemble of phenomenal character actors, and a film that has no heroes, only gradations of villainy. On its release, it was written off by a lot of critics for being too much—too violent, too dark, too misanthropic—but Ferrara’s vision of unceasing carnage and retribution was ahead of its time.

Lieutenant Roy Bishop (Victor Argo) tells career criminal Frank White (Christopher Walken) in their final showdown, “You can’t hide behind her forever.” White’s response sums up his entire worldview and the criminal underground that Ferrara and writer Nicholas St. John are trying to capture in King of New York: “I don’t need forever!” Frank White and the cops and criminals around him have no concept of forever. They don’t even really have a concept of tomorrow. How could they when every corner hides a potential assassin, and every relationship can end in betrayal?

Ferrara himself has said that he saw the film as a way to put his own anger up on the screen. And anger is the driving force of King of New York, a movie that doesn’t use violence for stylistically flourishes as much as deploying it almost consistently—there may be more bullets fired than lines of dialogue. Almost every scene ends in threat or death, and the final sequences mete out mortal punishment on literally everyone. (Ferrara jokes in the same interview about how impossible it would be to make a sequel because “Every single human being in that film is dead.”) 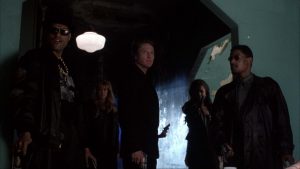 King of New York opens with Walken’s icy stare, rarely deployed more deftly in film than it is in this one, as he rides back from Sing Sing in a limousine. The King has returned, but he’s seeing a New York City that doesn’t look the same. In the days before his release, his squad have closed some loose ends, including the murders of two Colombian drug lords, allowing Frank to take up his throne in a room at the Plaza Hotel (Donald J. Trump reportedly allowed production to shoot in his building for free if he could get a photo for his wife Ivana with the Oscar-winning star of the film).

Frank’s ascension to the top of the criminal ladder is bloody and immediate. After a meeting goes wrong in Little Italy, Frank kills a head of the mafia, telling his men they can now work for him. He’s constantly recruiting knights for his own round table, tossing a wad of money at muggers on a subway train and telling them to come to the Plaza for more of the same if they want to work for him. Ferrara understands the thin line between criminal and politician, showcased in how Frank makes connections throughout the city and even attempts to get a hospital built in the inner city. Frank even suggests he wants to run for Mayor.

However, Ferrara and St. John are careful not to fall into the hero worship that often derails crime drama. They never make Frank into a truly sympathetic character, and Walken leans into his cool persona, capturing a ruthless predator who has few friends and fewer boundaries. Frank does eventually reveal that his deceased rivals were profiting off human trafficking and child prostitution, giving him a bit of moral high ground, but there are no traditional winners in King of New York. Even the cops on Frank’s trail, including great turns by David Caruso and Wesley Snipes, will do anything to get their man, even if it’s outside the law. King of New York is a vision of a lawless Manhattan wherein traditional rules like not murdering a man at a cemetery during an officer’s funeral are ignored. 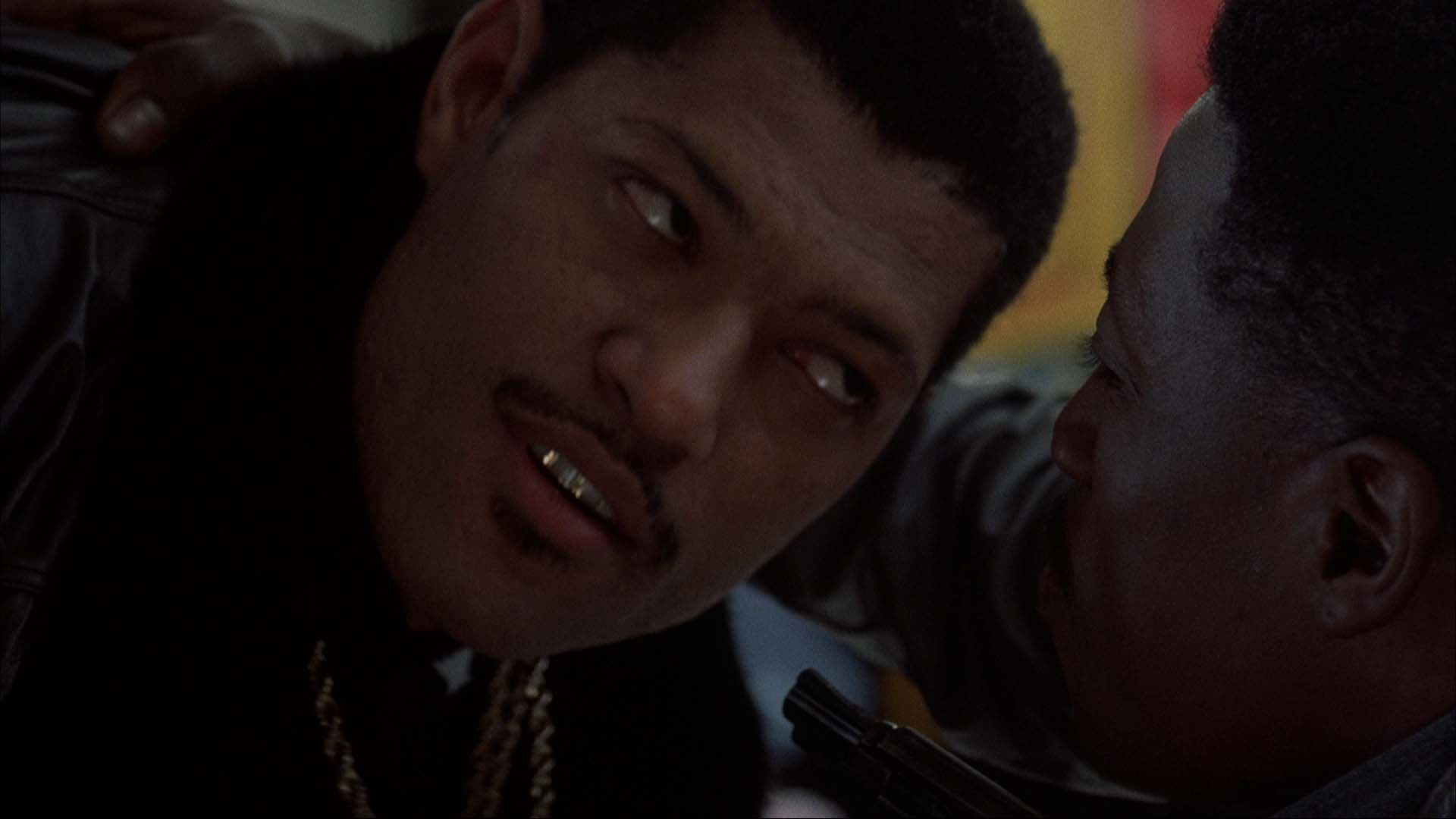 Ferrara went deep into the heart of New York to give his vision the dark, grimy aesthetic that St. John’s script needed to work. He told the Los Angeles Times, “We shot that so deep in Brooklyn you needed a passport to get there. Here I was, preparing to shoot, and I’m worried whether my cast is gonna show up or not. I mean, on our budget, we don’t have drivers. So everyone takes the subway, and you just hope they don’t get lost or mugged on the way. It was the kind of place where every store for five blocks had bulletproof glass, which we had to make them take out of the windows ‘cause it reflects like crazy.”

Having grown up in the Bronx, Ferrara brought a veracity to the film that an outsider couldn’t have found. And while Frank White may not be based on a real person, Ferrara does say in that same interview about his father, “You could say he was a Frank White-type guy. He and his pals owned bars and after-hours places.” He adds, “They were like the guys in ‘GoodFellas.’ Who cared what you did as long as you had money to show for it? You know, the American Dream.”

In the end, that’s really what Ferrara captures in King of New York, the shifting meaning of the American Dream, and how the excess of the ‘80s led to a revision of the rules when it comes to achieving it. Frank White comes out of prison like a man returning from the dead to a drug-fueled version of his city that almost looks post-apocalyptic. None of this is going to be here forever. He just needs to be King for today.