In 1977, Wes Craven trekked into the hills surrounding the traditional monster movies of horror and returned with a divisive genre classic. He had already redefined the form once with 1972’s The Last House on the Left (and would again with at least 1984’s A Nightmare on Elm Street and 1996’s Scream) but The Hills Have Eyes really confirmed that he wasn’t going to be a one-hit wonder. Spawning a franchise that includes a Craven-directed sequel, two films in a rebooted version of the franchise in the 2000s, and even a comic book, The Hills Have Eyes tapped into a feeling that was simmering just under American culture, a sense that our greatest enemy wasn’t something supernatural or unimaginable but a disenfranchised and disturbed faction of human society hiding just over the horizon. Almost a half-century later, the themes of The Hills Have Eyes still echo through the cinematic valley. 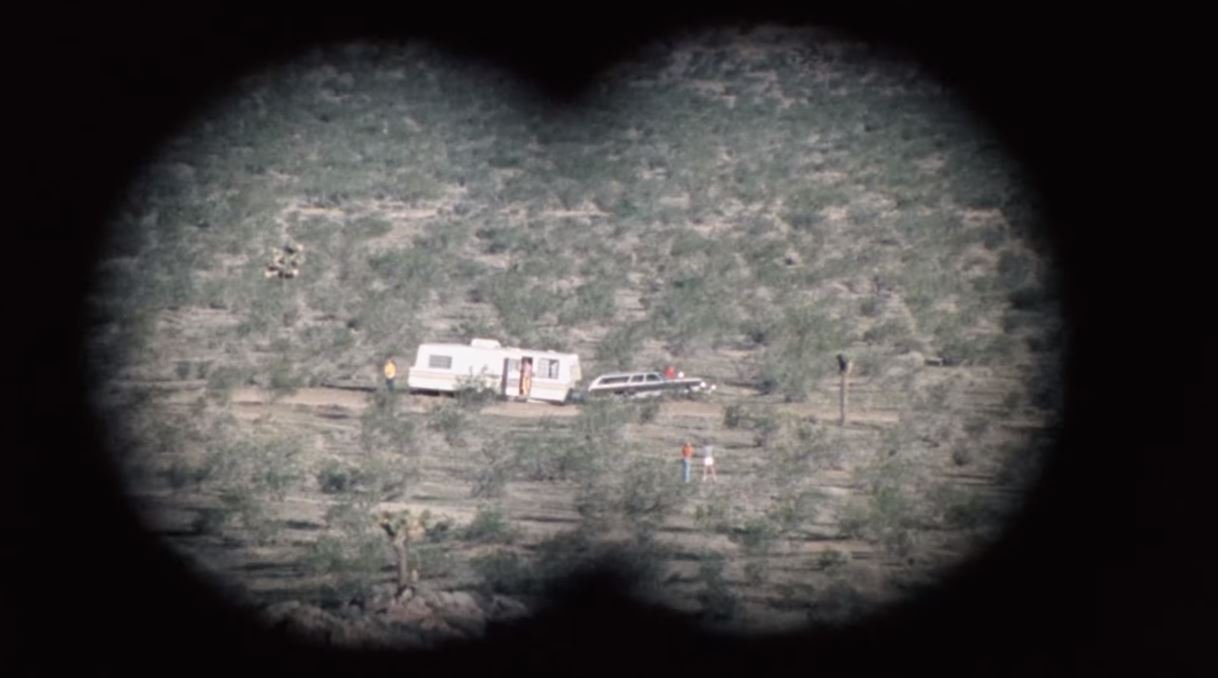 With echoes of the vengeance narrative of Last House on the Left, the flesh-eating enemies of Tobe Hooper’s The Texas Chain Saw Massacre, and even the doomed tourism of films like Deliverance, Craven’s film never really hides its cinematic influences, although it was reportedly a true story that inspired the writer/director, the tale of Sawney Bean. The story goes that Bean was the leader of a clan in Scotland in the 16th century who were so notorious that King James VI hunted them down and executed them for their crimes, which included the murder and cannibalization of over 1,000 people. What if there was a small clan of human monsters like Bean’s living in one of the vast, seemingly unpopulated wastelands of America? And what does it say about the potential for evil when we can be devoured by our own kind?

The Hills Have Eyes is the story of the seemingly very average Carters, led by parents Bob (Russ Grieve) and Ethel (Virginia Vincent), who are traveling across the Mojave Desert to California with their three children Brenda (Susan Lanier), Bobby (Robert Houston), and Lynne (Dee Wallace). Along for the ride are Lynne’s husband Doug (Martin Speer), their baby Katy (Brenda Marinoff), and their dogs, Beauty and Beast.

After a brief but foreboding stop at a gas station, the Carters break down in the desert, quickly becoming prey for a group of cannibal predators who live in the hills. Before realizing the danger that awaits his family, Bob walks back to the fuel depot and learns that the owner gave birth to a monstrous son named Jupiter (James Whitworth), who now lives in the mountains, where he has had four children named Mars (Lance Gordon), Pluto (Michael Berryman), Mercury (Arthur King), and Ruby (Janus Blythe). Together with the ruthless Mama (Cordy Clark), they murder travellers like the Carters, taking supplies and using their corpses for food. 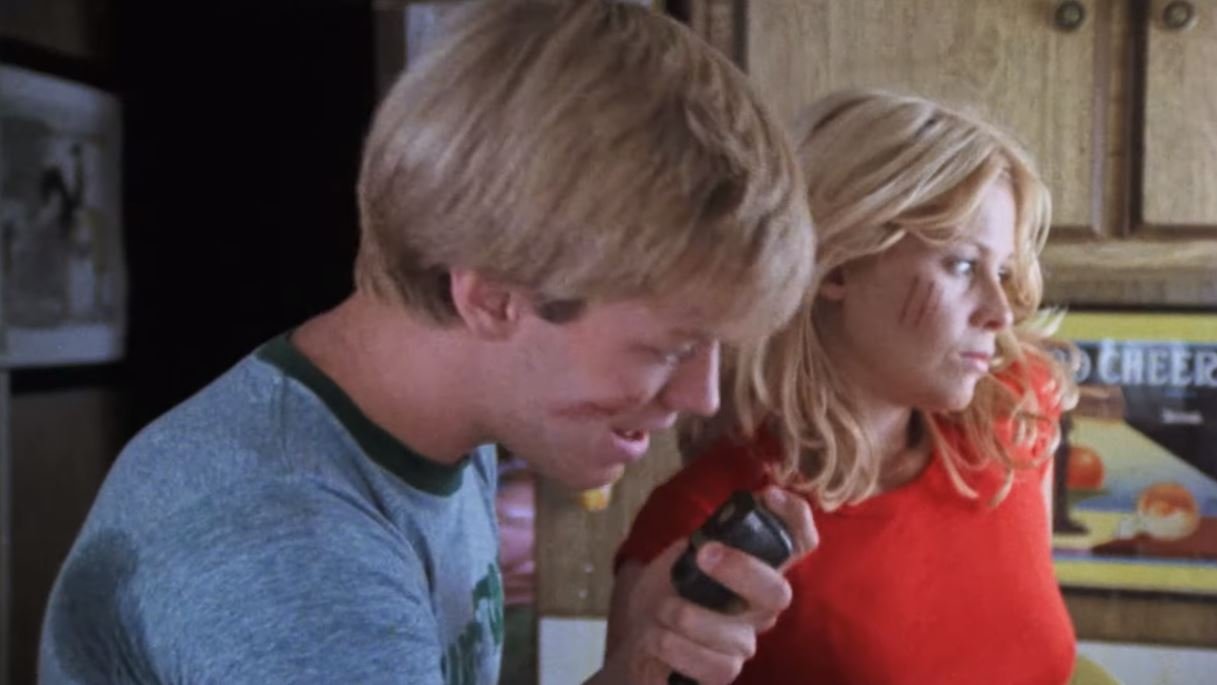 However, The Hills Have Eyes turns the tables. Reportedly inspired by Hansel and Gretel with what sometimes feels like a dash of Looney Tunes, Craven turns the table on the attackers as the Carters set booby traps for them. The fairy tale influences on The Hills Have Eyes are obvious if one looks for them with Papa Jupiter and his family the monsters in the hills who steal children to eat them. Even the dogs are named Beauty and Beast.

The lacklustre sequel and copycats failed because they never looked beyond the surface of The Hills Have Eyes to really dig into Craven’s technique and thematic depth. It’s easy to pit cannibals against average people, but The Hills Have Eyes is richer than that superficial reading. Some saw it as a commentary on Vietnam, but there’s clearly a social commentary just barely under the surface here. Bob uses a racial slur as he reminisces about his time as a police officer and the Carters dream of the gin and tonics they’ll drink when they get to California. They come off as average people, but they should also be read as the elite—those who think they’re above people who run gas stations in the middle of nowhere.

And if Craven is willing to cast doubt on his good guys, he’s also daring enough to not just throw enemies at them, choosing instead to present a mirror image in those hills with the same family structure: matriarch, patriarch, and four people a generation below them. And then he evens the playing field even further by allowing the Carters to turn the tables. Craven was a great equalizer throughout his career, never reducing his characters to mere victims and killers, trying to show viewers how thin that line was in the end, and that trait was evident right from the beginning. 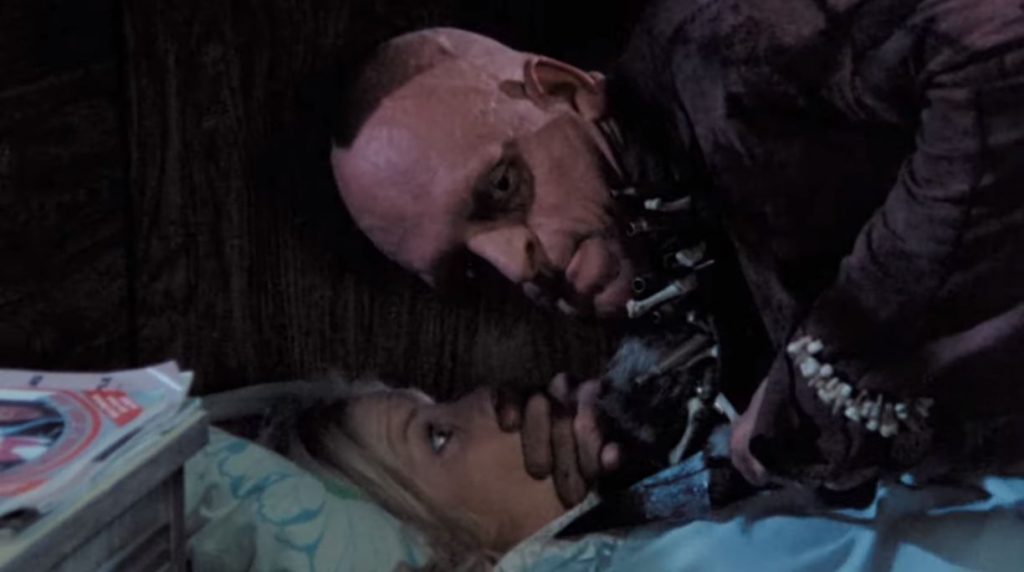 If the Carters are the elite, casually passing through the parts of the United States occupied by the lower class, one could read their plight as a commentary on the naivety of the white American ego regarding other cultures, even ones in their own country. Of course, there’s also the question of how much the Carters become their enemy, setting traps and resorting to murder, even if it’s in self-defence.

It would take some time for critics and audiences to dig into the themes of The Hills Have Eyes, but it was an instant hit, ending an incredible run at the box office with $25 million, even more than The Last House on the Left. Eight years later, Craven would return to the desert to make The Hills Have Eyes Part II, a film that doesn’t have quite the reputation of its predecessor (even if it has developed a cult following). The project was reportedly shut down during production because of a lack of funds, and filled out with clips from the first movie, but one can still see Craven’s ambition in the material. Craven reportedly needed money and made a “quick-and-dirty sequel,” a decision that is all the more surprising when one considers it came out after the smash success of Nightmare.

Twenty years later, The Hills Have Eyes was remade by Alexandre Aja, who was coming off the international success of High Tension. Produced by Craven, who hand-picked Aja and his art director Gregory Levasseur after seeing their previous film, the 2006 version of The Hills Have Eyes is relatively loyal to the original, although it has a polished look that betrays much of the DIY charm of the first movie. Moving the action to New Mexico, it contains a strong anti-nuclear subplot that destroys some of the aspects of the first movie that are left open to interpretation. In this one, the mutants in the hills were created by man’s nuclear greed and so it becomes a relatively familiar parable of the error and cruelty of humanity leading to its destruction. Still, Aja’s skill with framing and tension keeps it together. Once again, a sequel was fast-tracked with disastrous results in Martin Weisz’s follow-up a year later. 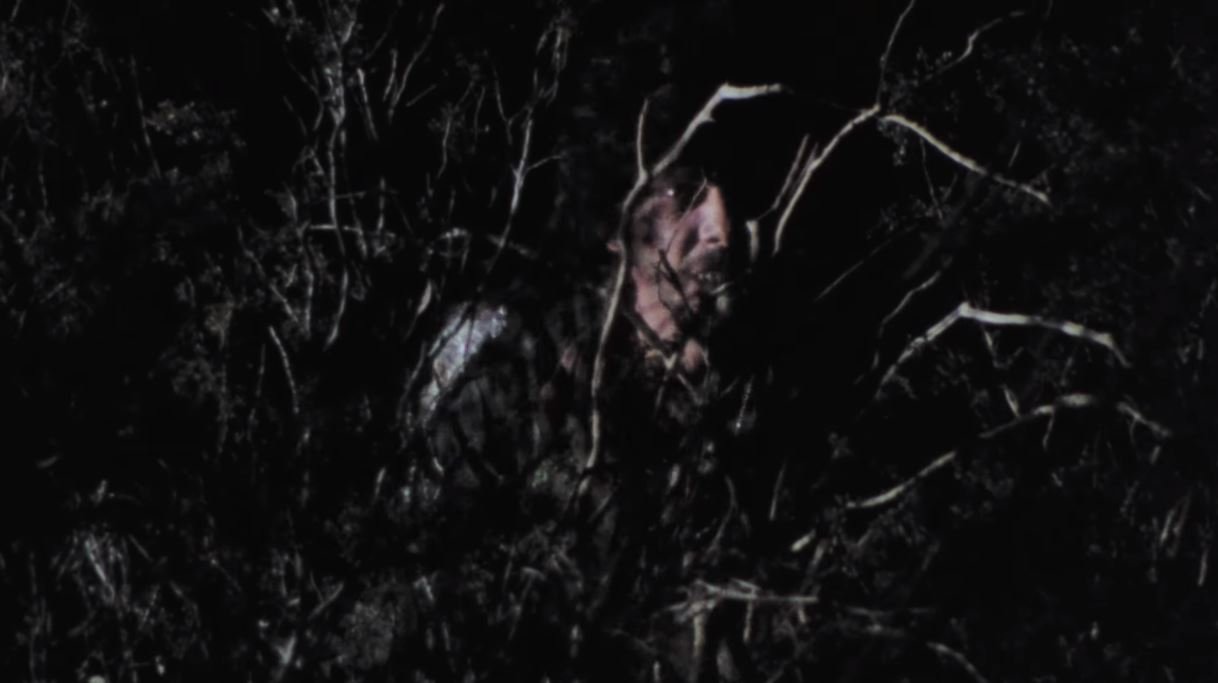 Of course, the impact of Papa Jupiter can be felt outside of this franchise too. The most obvious child of these historic cannibals is the Wrong Turn franchise, which started in 2003 with Rob Schmidt’s slasher film that would go on to spawn five sequels and even a 2021 reboot. In the original film, a typical American family falls into the traps of murderous mountain men (and the sequels only barely alter the formula with 2007’s clever Wrong Turn 2: Dead End the only one really worth checking out).

While Craven’s DIY filmmaking and unpacking of themes about American culture and class have been wildly influential, few directors have had the nerve to riff directly on The Hills Have Eyes. It’s a film that has inspired other movies, books, comics, and even video games, but not as directly as The Last House on the Left or even A Nightmare on Elm Street. And yet one can still sense the descendants of Papa Jupiter and Pluto lurking in the hills of American horror, watching and waiting to make their return.